Meet Only Warm welcoming Governor Who Is Neutral In Politics

According to publications on Standard Digital newspaper, Nakuru governor is on the spot as his political ambitions has not yet disclosed by him.

He has been seeing hosting various presidential aspirants without showing any interest of supporting any of them including his close brother Gideon Moi.

Kinyanjui, a close ally of President Kenyatta, has received at least four presidential candidates in the last month. He hosted Raila and prominent leaders from the Mt Kenya and Nyanza regions on Tuesday.

As he aims to succeed President Uhuru Kenyatta, Raila used the occasion to unveil his 2022 roadmap. 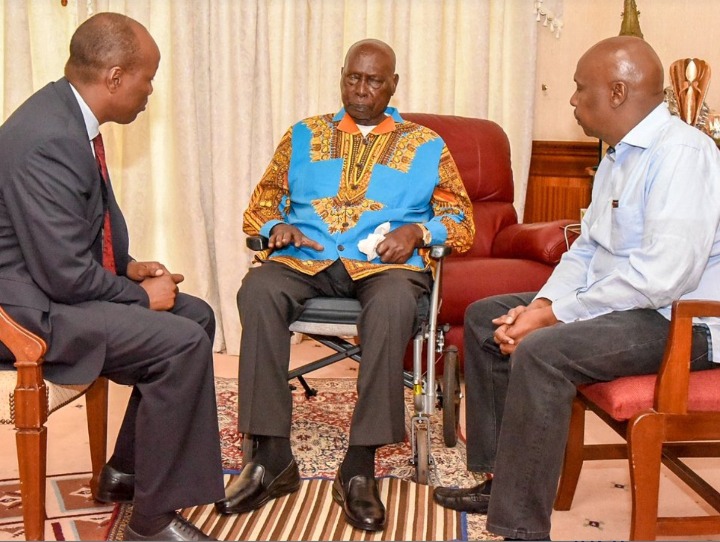 Kinyanjui, who served as Master of Ceremony at the meeting with the Nakuru business community, kept his cards close to his breast during the event, refusing to declare his support for Raila.

Instead, he emphasized the importance of togetherness in the county, which is home to nearly all of Kenya's ethnic groups.

Kinyanjui hosted Baringo Senator Gideon Moi in Molo on August 6 after they both attended the Tayari village burial of benefactor Joseph Mathenge.

Instead of talking about politics, the governor focused on his development record and future goals for the county.

Kinyanjui accompanied Ruto to Langalanga on July 25 for the consecration ceremony of Dr David Macharia as the fifth General Overseer of the Full Gospel Churches of Kenya. 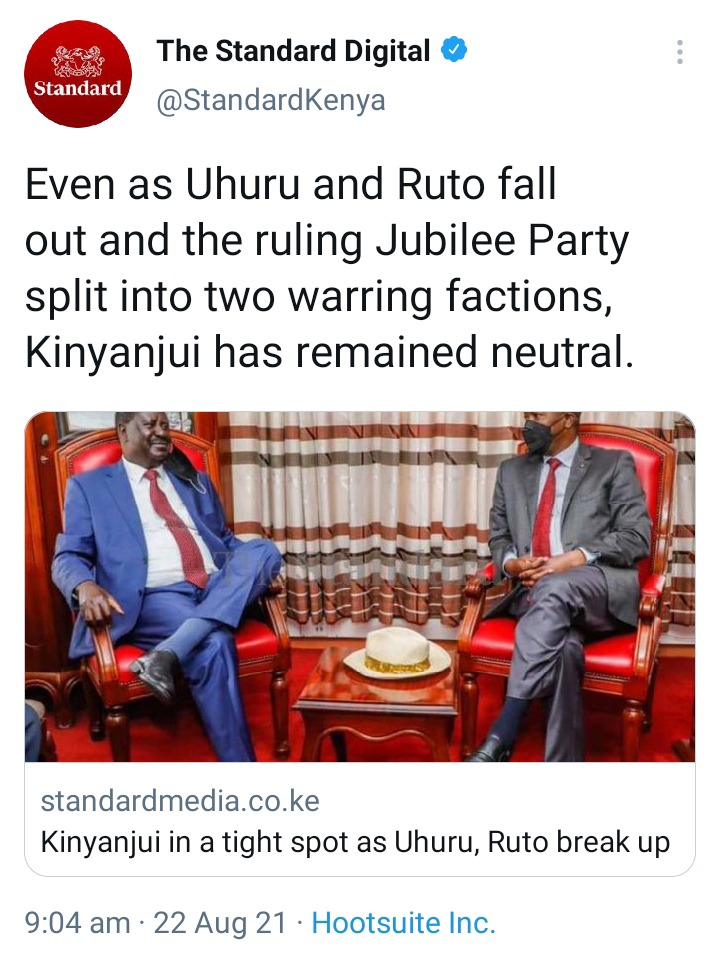 During the ceremony, the governor thanked Ruto for his assistance in the town of Nakuru's bid for city status, which he started in 2018.

“I reached out to DP Ruto in private and public for his support, especially when the city status matter was before the Senate and he did not let us down", said kinjanjui.