With less than a year to the 2022 General Elections, Kenyan celebrities are making big steps in actualizing their political ambitions.

It is only a matter of time to see if their celebrity status will reflect in the ballot boxes.

Other than declaring ambitions, these celebs have gone ahead to make reservations in political parties.

Now, celebrated musician and famous radio presenter Julius Owino alias Maji Maji has come out in support of Prime Minister Raila Odinga as has reportedly formed a lobby group for the ODM chief. 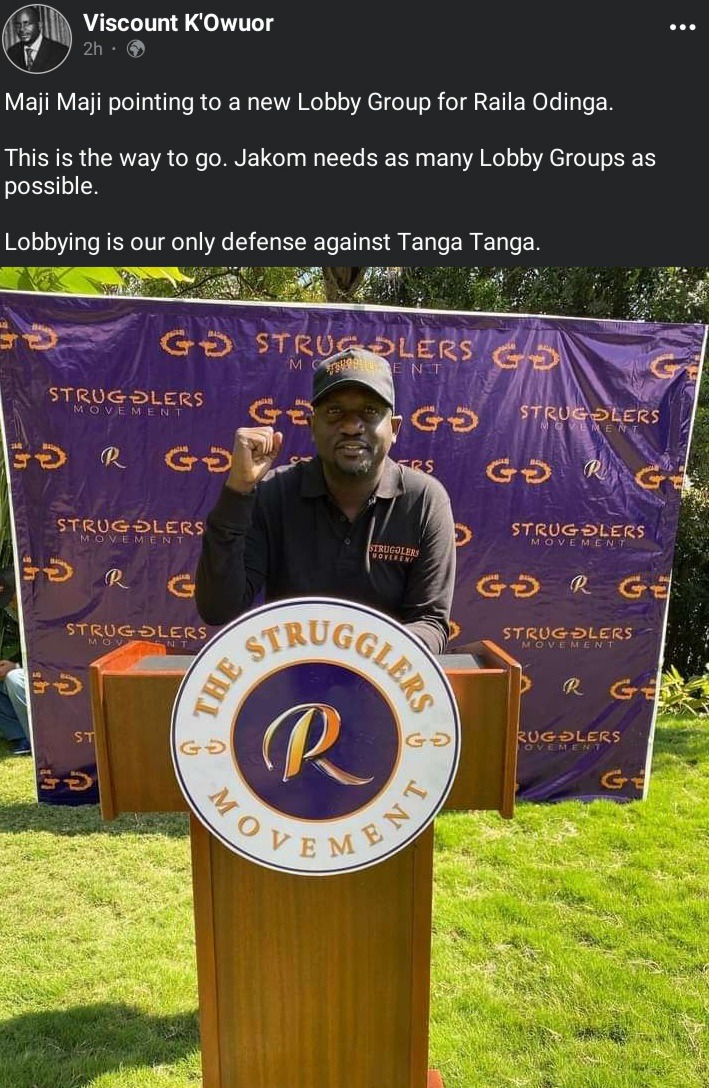 As per the photo of Maji Maji shared on social media, the lobby group is dubbed The Strugglers Movement.

This move (The Strugglers Movement) has elicited mixed reactions among Kenyans on social media with a section claiming that Maji Maji has 'copied' Deputy President William Ruto's Hustler narrative.

Maji maji who is known with his 2002 NARC coalition slogan and song  unbowgable will be vying for Seme Parliamentary seat next year via Orange Democratic Movement led by Raila Odinga. 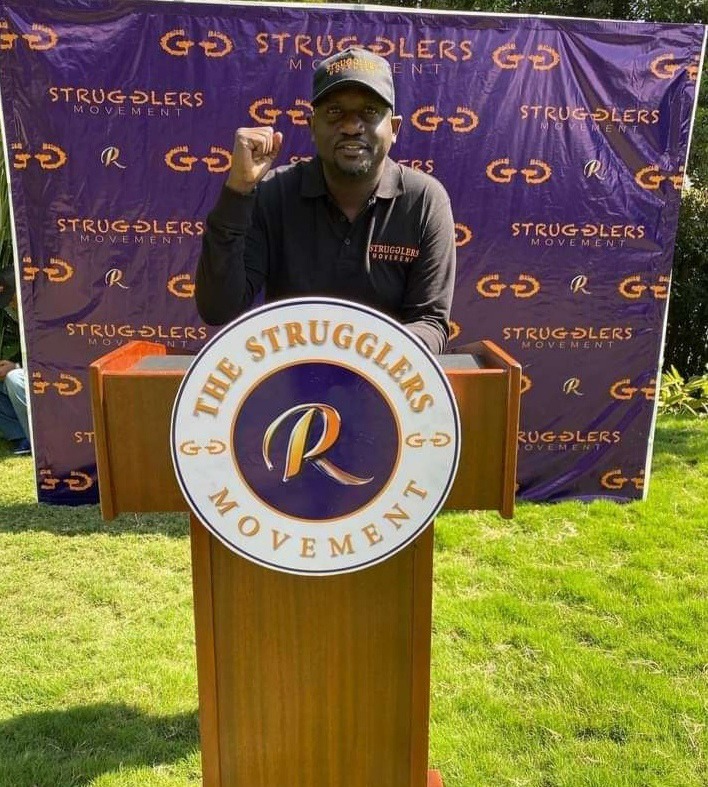 Here are a sample of the reactions. 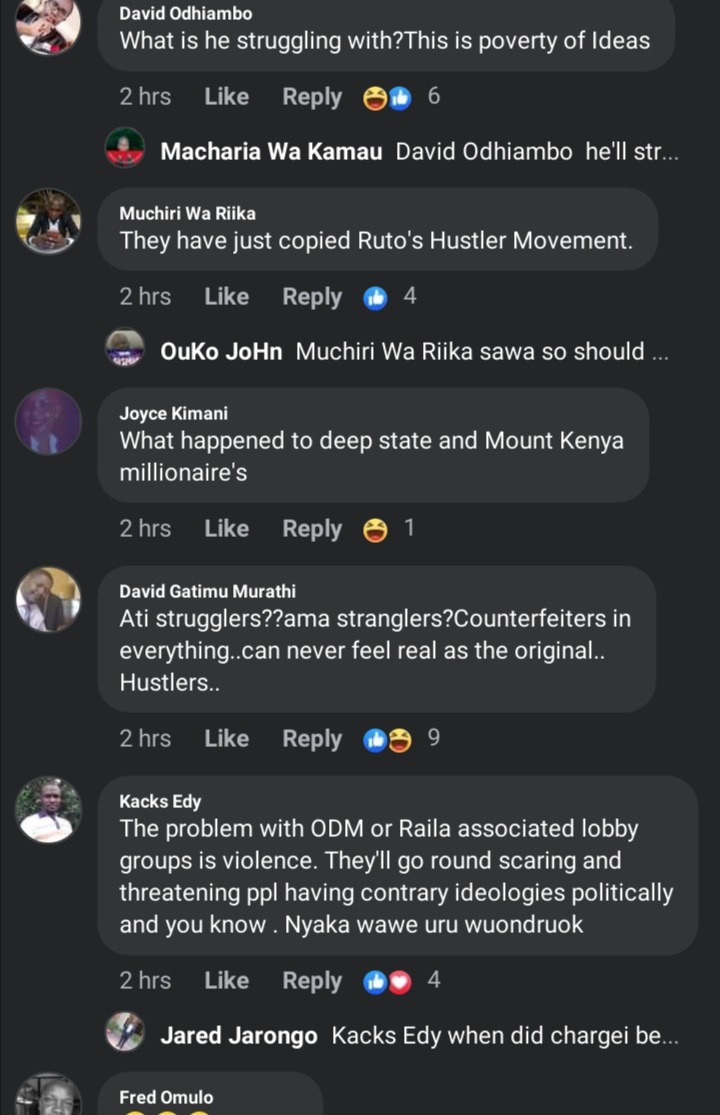 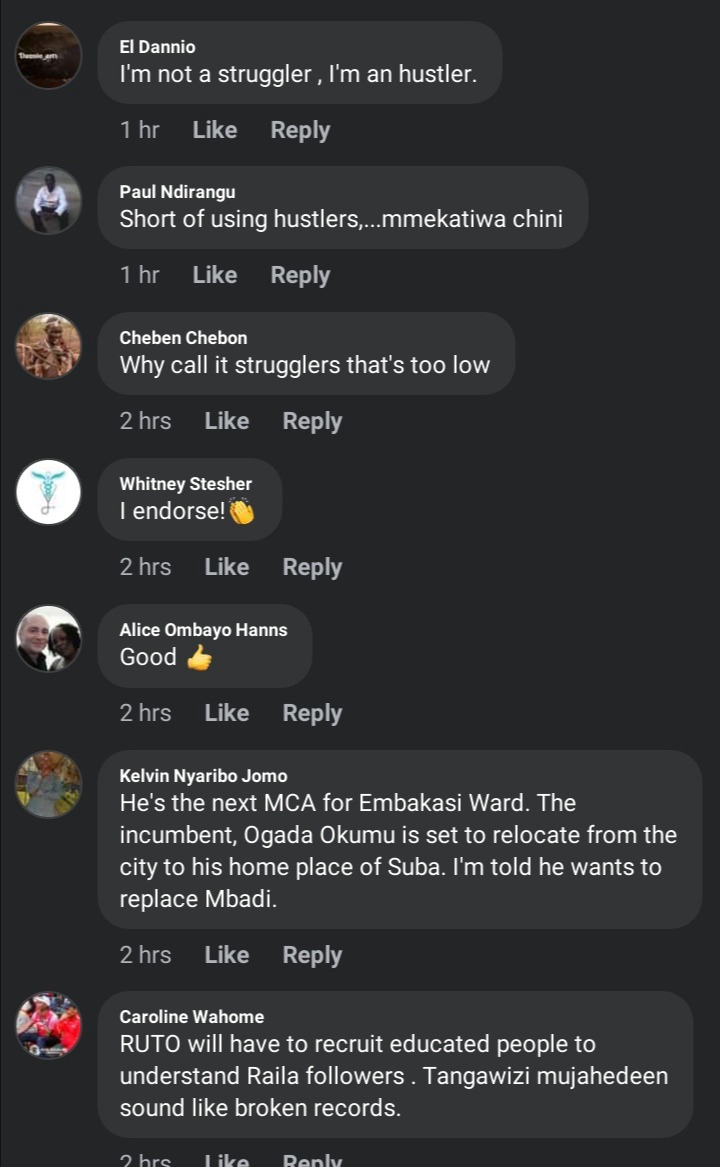