By ActiveDisc (self media writer) | 2 months ago

Uganda's former presidential candidate, Kizza-Besigye, has warned Kenyans against taking the general's threats lightly. He said that history could be repeating itself since this is not the first Ugandan army general to talk about invading the country. Like Amin, Museveni has been equipping the army with Russian jet fighters.

Id-Amin had claimed that the Kenyan land up to Naivasha belonged to Uganda and it was his duty to liberate it. And now Muhoozi has shown interest in making that even better by eyeing the capital city and even indicating where he would love to live.

Besigye is more aware of the general's capabilities, having been detained several times while attempting to usurp power from his father through the ballot box. He later stopped contesting for the presidency after considering a number of factors.

It would be massive, however, for a country to invade another, especially in Africa, where many challenges are experienced. Most African countries suffer from hunger, draughts, poor health facilities, and a poor state of the economy, among other ills. 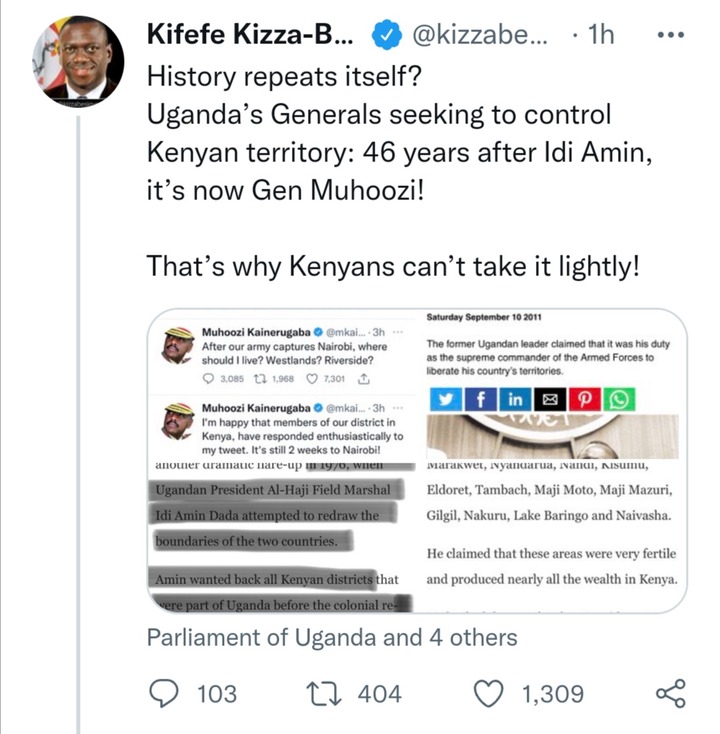 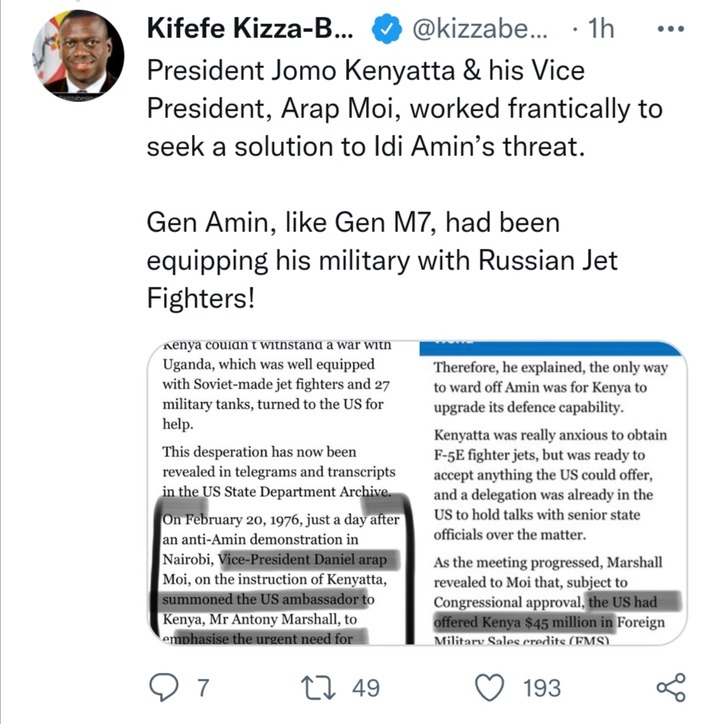 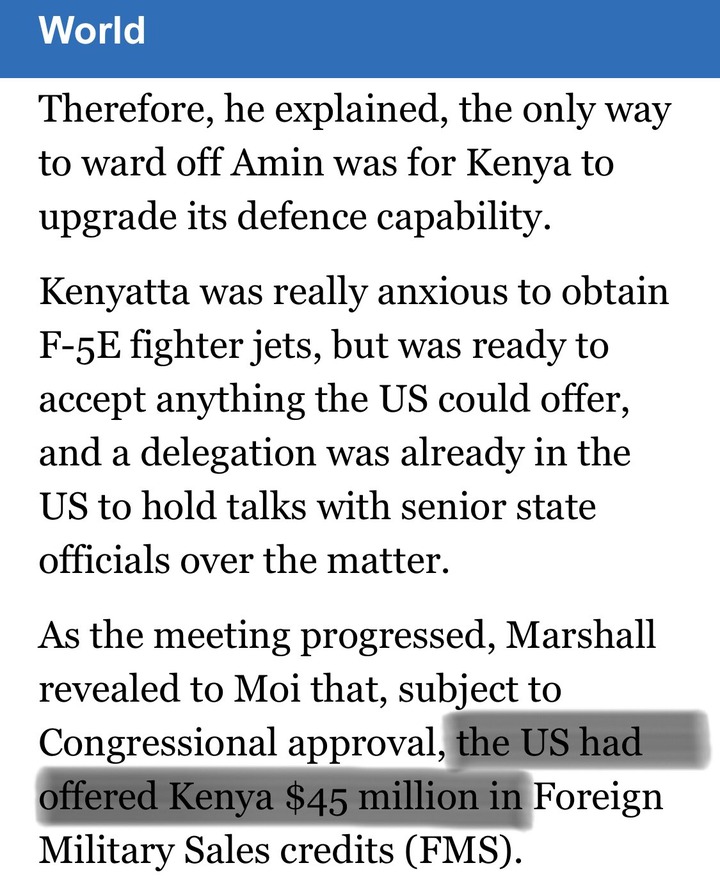 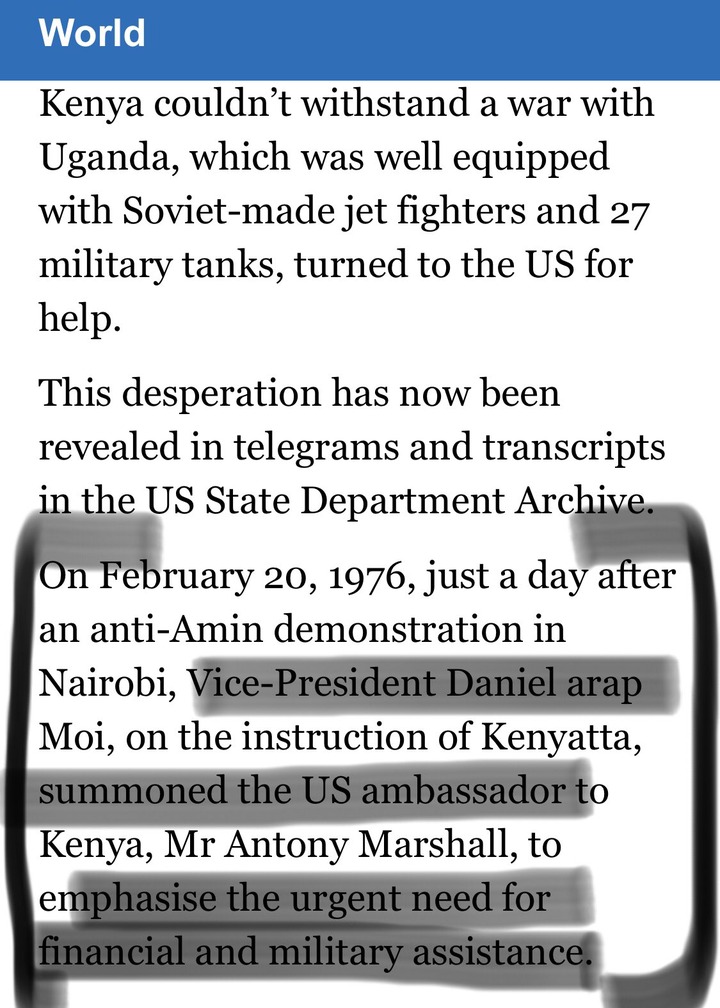 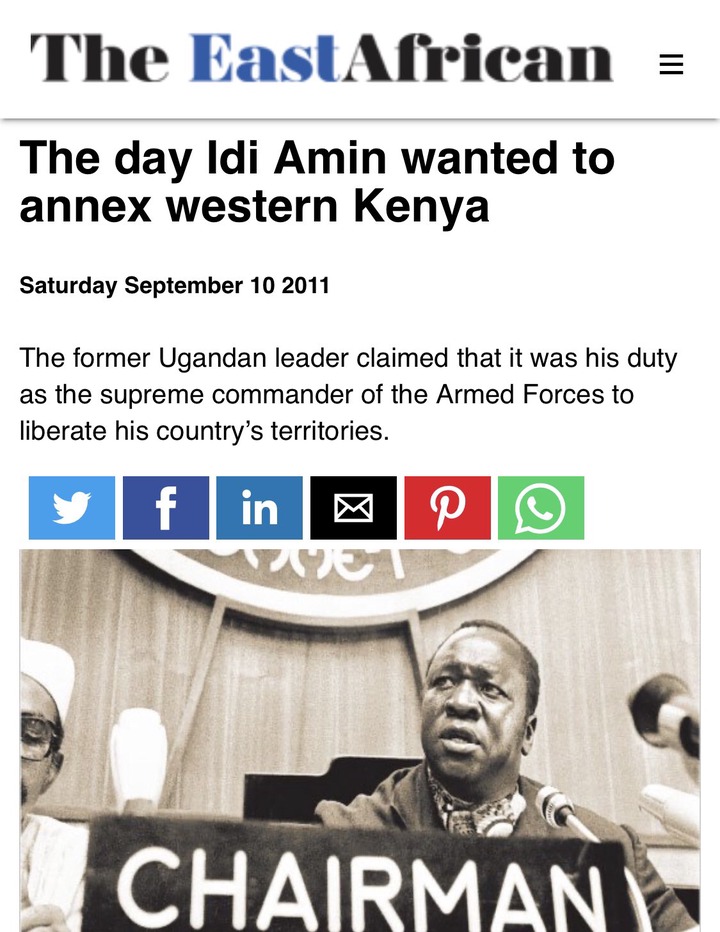 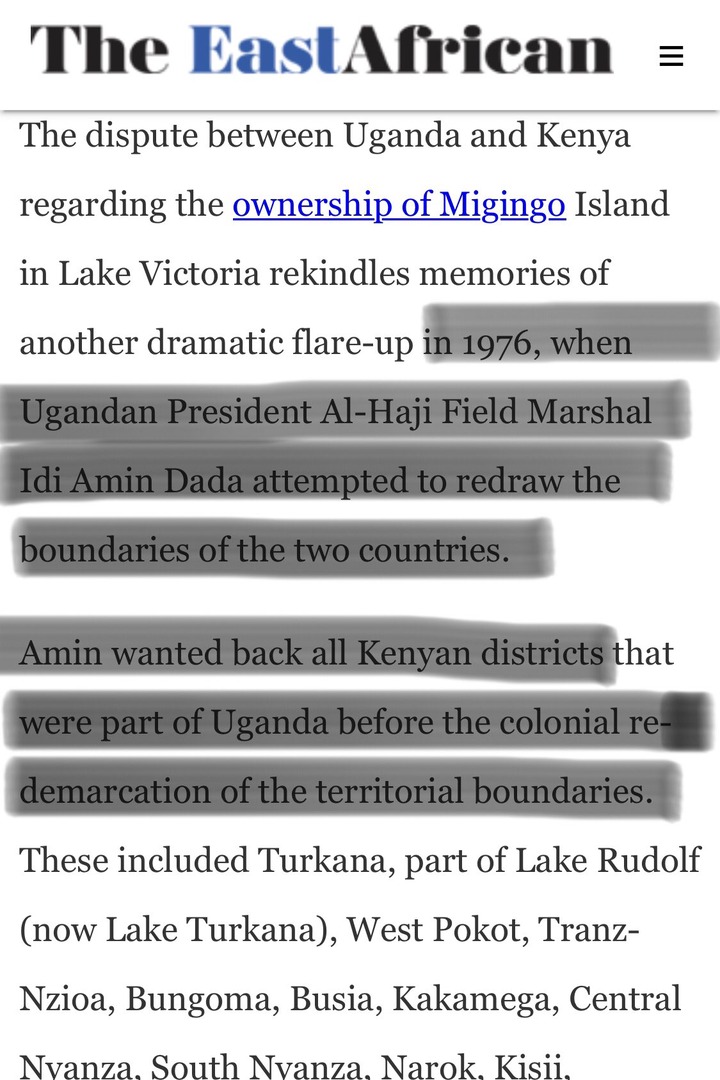 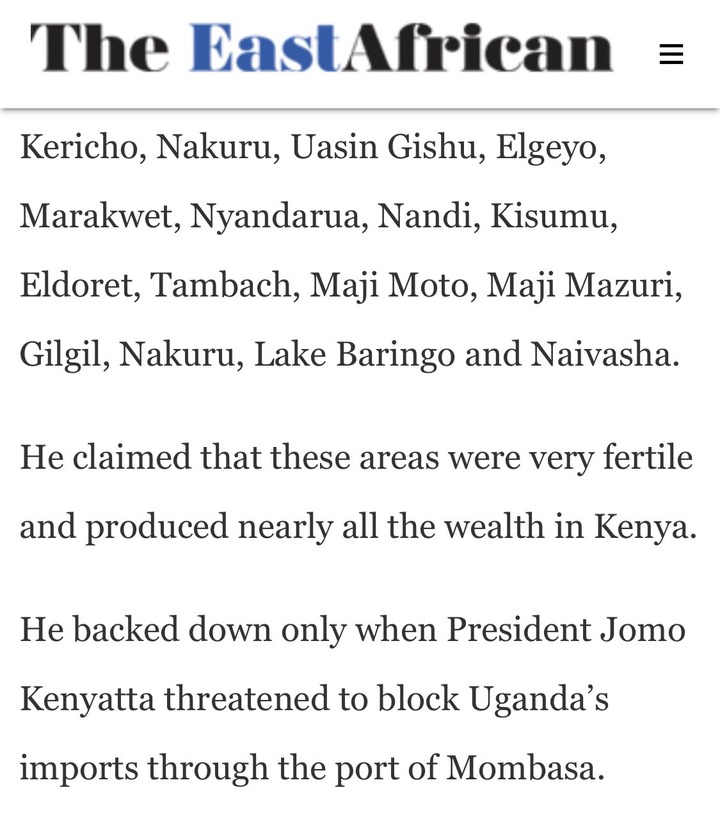 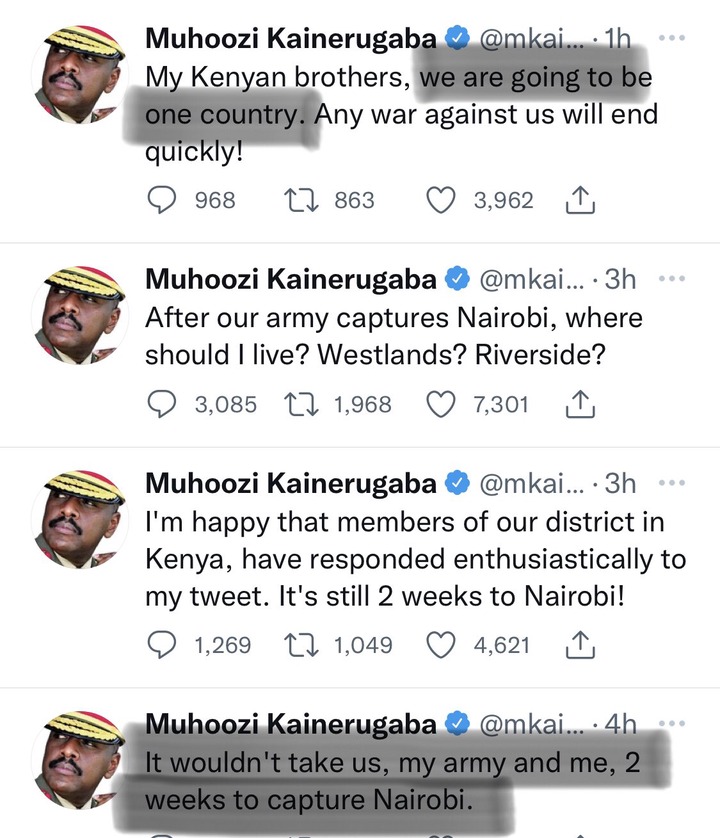 Content created and supplied by: ActiveDisc (via Opera News )