According to the reports given by a reliable source of information, it has been revealed that the President Elect, honorable William Ruto has made several Nominations. 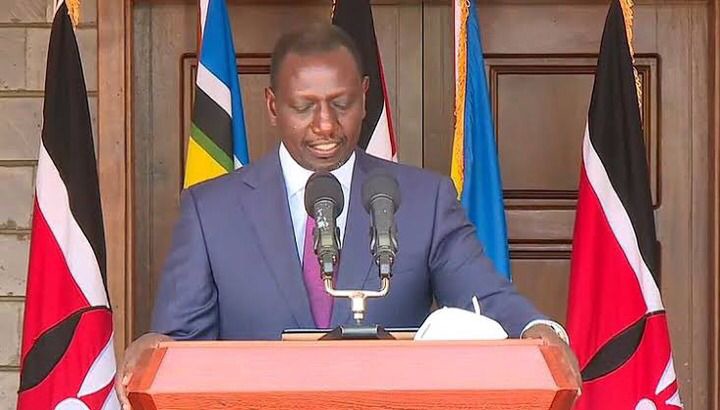 In a news report that has been shared by the United Democratic Alliance party, it has been revealed that the deputy president of Kenya has made a number of Nominations who will allegedly oversee the handing in or power by president Uhuru Kenyatta who is yet to retire as the President.

This is happening at the same time when the former prime Minister of Kenya and Orange Democratic Movement party leader along with Azimio have moved to the Supreme Court To challenge Ruto's Win. 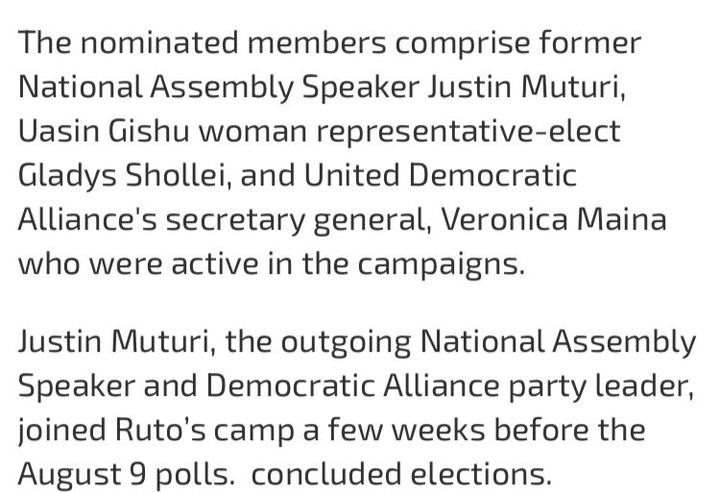 While reacting to this incident, kenyans who took to their different social media accounts to express their opinions and suggestions on the matter have expressed Alot of mixed reactions over the actions of the deputy president of Kenya.

According to the reports given by most Kenyans, they claimed that it was so unfortunate that the deputy president of Kenya is currently making this Nominations despite, the fact that the former prime Minister of Kenya and Orange Democratic Movement party leader, honorable Raila Odinga is currently challenging his win at the Supreme Court.

However, a section of kenyans have congratulated the deputy president of Kenya for doing this claiming that this shows that he is ready to work as the President of Kenya. 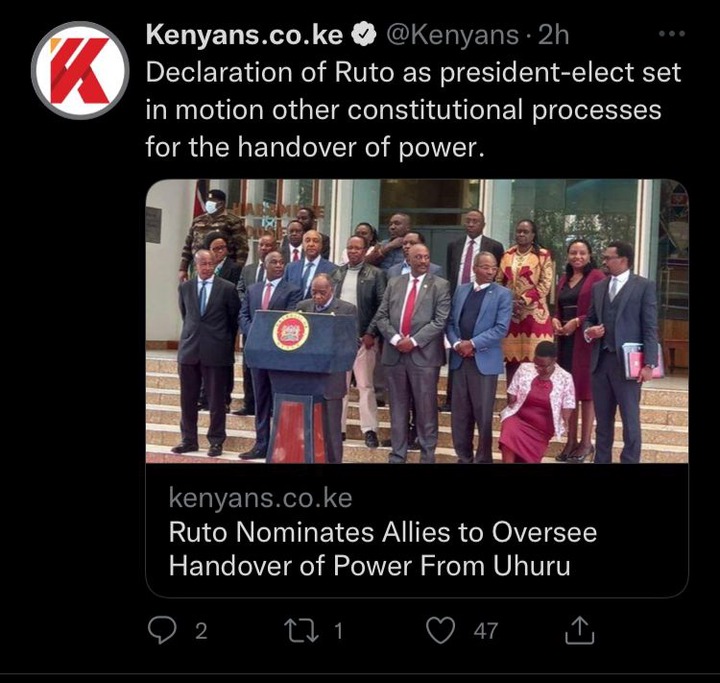