Popular city lawyer Ahmednasir Abdullahi has for the first time revealed to Kenyans why he is opposed to a Raila Odinga presidency in a lingering question that has always seen him vehemently criticize the former Prime Minister.

The Grand Mullah as he is known to those within his inner circle has claimed that Raila Odinga's questionable track record in his years of service as a government official has made him oppose the Orange Democratic Movement party leader's presidential bid. 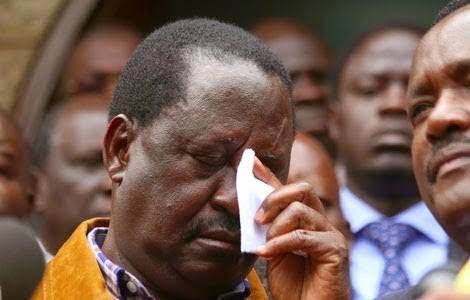 In an interview at Spice FM, the lawyer described Raila Odinga as a schemer who always knows how to position himself when election outcomes do not go his way and claimed that the former Premier always changed tack selfishly to end up in government.

"Many people judge Raila Odinga based on his past contribution to democracy, that’s a mistake. He has been in government in one way or another for close to 20 years, and we should be judging him based on that [20-year] record, After being defeated], he usually has a way of ending up in the same government that the voters fenced him from. That, [in essence], invalidates the will of the people,” said Abdullahi.

Abdullahi also stated that he is yet to decide who to support for the 2022 elections but he admits he has been impressed by the ideology and manifesto of Deputy President William Ruto.