Yesterday, the current deputy president of the republic of Kenya, Dr William Samoe Ruto and his deputy, hon Rigathi Gachagua were Declared by the IEBC chairman, hon Wafula Chebukati as the president and deputy President-Elect. This came in after they emerged victorious in the just concluded general elections. Ruto and his team managed to floor the ODM boss, hon Raila Odinga and the entire Azimio brigade. 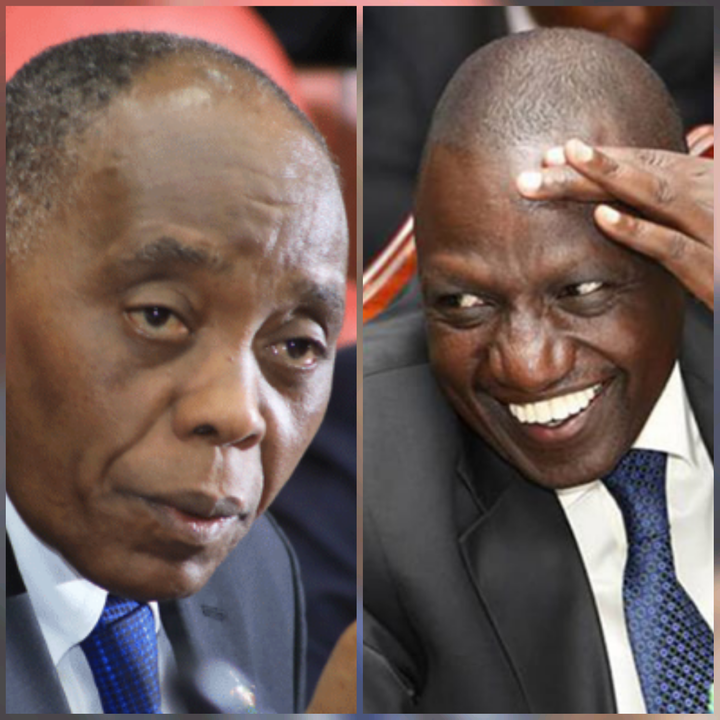 Now, a day after Dr William Ruto's victory, the head of public service, Mr Joseph Kinyua has come out to make an announcement. As reported by the NTV news, mr Kinyua who was talking today in the afternoon said that all the constitutional transition plans are going on. Kinyua said that this is happening even if a petition will be filled against the President-elect because the process is independent on its course. 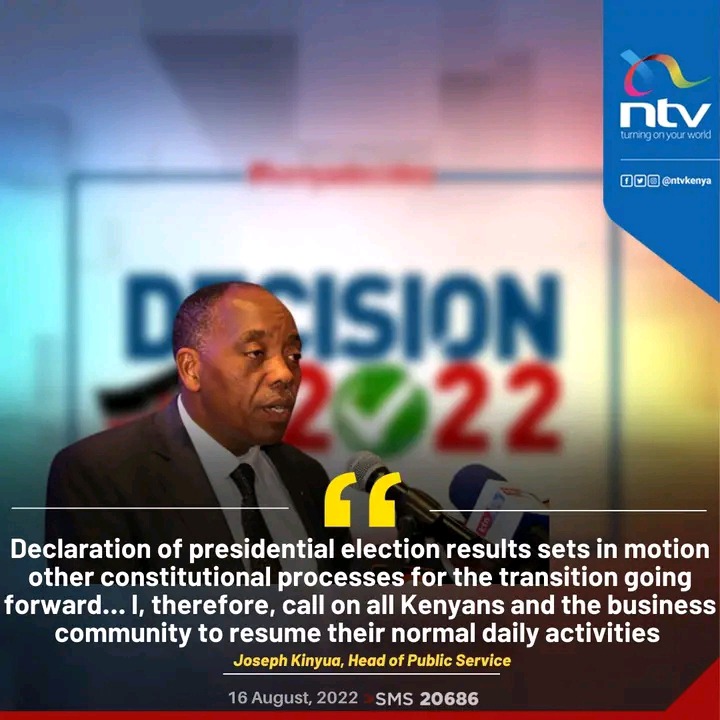