By KDF.POLICE.SERVICE.UPDATES (self meida writer) | 1 months 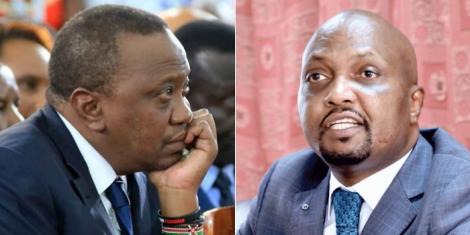 President Uhuru Kenyatta has suffered two major losses in a span of two weeks in May 2021. First, his Building Bridges Initiative (BBI) was declared null and void

Secondly, Uhuru' Jubilee Party lost the Juja by-election to its own member and Gatundu South MP, Moses Kuria. To worsen the situation, Kuria is considered a rebel member after his candidate won the seat through the People's Empowerment Party (PEP).

Kuria, moreover, is Uhuru's MP as he represents the President's home constituency - Gatundu South. He is one of the vocal politicians who have vehemently opposed the BBI bill. 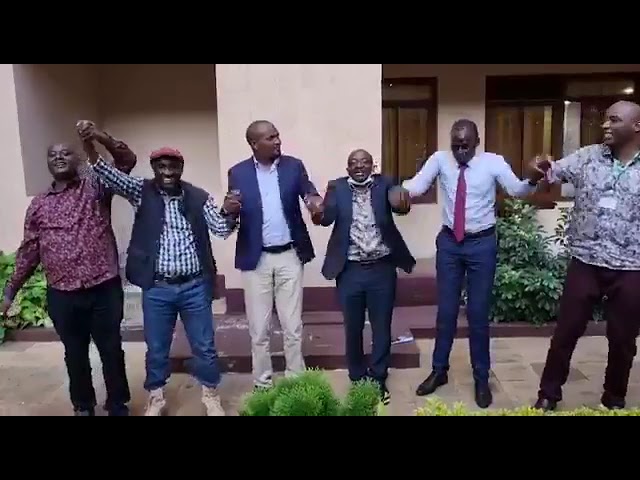 Political analysts analysed the current developments, a year before Uhuru exits office, stating that the bill and the Juja elections may have a ramification on his hopes of uniting the region and curving the path for 2022 succession politics.  "We are watching the tectonics shift. Mt Kenya seems to have taken Uhuru's remarks on supporting Ruto more seriously. He promised 10 years for Uhuru and 10 for the DP.  "I believe Mt Kenya is now leaning towards Ruto's agenda and seeing the DP to be more serious than the President. These results and the coming months will shape up Kenya's politics," Barrack Muluka

University of Nairobi lecturer, Dr Jane Thuo, acknowledged that there is a shift in the Mt Kenya politics, but differed with Muluka on Uhuru losing grip over the region.

The media consultant argued that some events occur at the wrong moment and that Uhuru outwitted owing to his party's wrong decisions. She stated that Jubilee picked the wrong candidate to succeed Wakapee in Juja.

"Kuria's candidate Koimburi was in Jubilee before he was rejected. This is the same case with the Msambweni by-election where ODM settled for Omar Boga instead of their own, Feisal Bader. Bader switched to Ruto's camp and he won.

"It's too early to conclude that Kuria is in charge or is stepping up to be the kingpin. This is nothing new to Mt Kenya residents. They shaped up their own path in 2002 when the second President Mzee Daniel Moi chose Uhuru as his successor. Yes, there can be a rebellion but it's still early to call it a win for Kuria," Thuo opined. 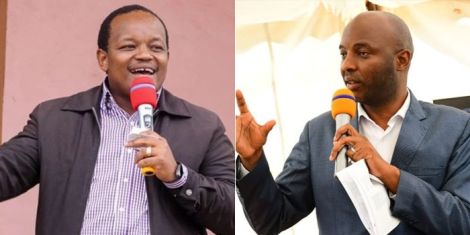 Murang'a Senator Irungu Kang'ata took a swipe at President Uhuru, reminding them that they did not heed to his advice on BBI. The former Senate Majority Whip wrote to Uhuru alleging that BBI was unpopular in the region.

"When I said BBI is unpopular, I meant the ground, not political elites. The hustler wins two seats in Mt Kenya-Juja and Rurii," Kang'ata tweeted.

However, Nyeri Town MP and Uhuru's close ally, Ngunjiri Wambugu argued that they would live to fight another day.

"Politics is like war. It’s made up of many engagements between the protagonists. They are called ‘battles’. And we have had many battles with TangaTanga.

We have won most of the critical ones. In Bunge. In the County Assemblies. On the ground. We have also lost some. I am particularly looking forward to the next ‘engagement’," the political strategist conceded.

"I Still Believe Uhuru Will Be Ruto's Chief Campaigner In 2022", Vocal Tangatanga MP