By HelenMalkia (self media writer) | 9 days ago 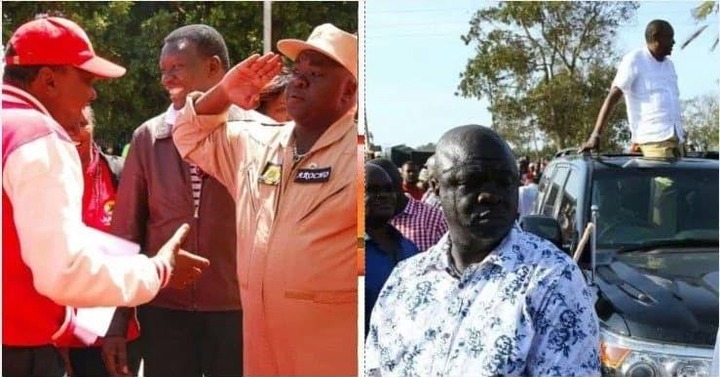 Bill Arocho has been a constant figure in President Uhuru Kenyatta political events during his first term. The burly chap, who is Athi-Water Services Director, is back n the political scene with another prominent figure.

He was last spotted offering security details to Orange Democratic Movement (ODM) party leader Raila Odinga at the Kamukunji rally on Wednesday, October 13. He has also featured in other political campaigns alongside the former Prime Minister. 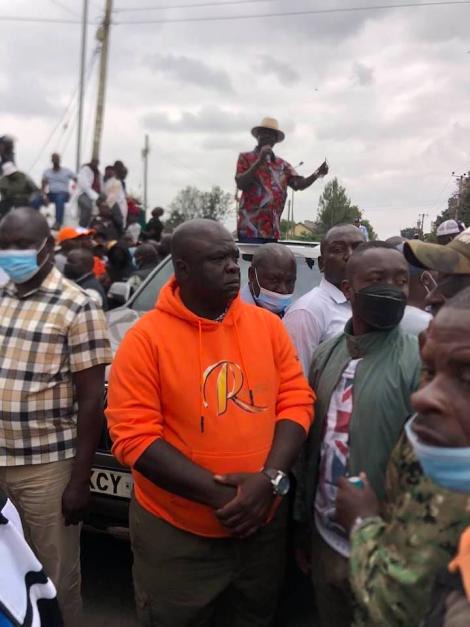 Arocho was so close to President Uhuru for the last 17 years, with the bodyman naming one of his daughters after the Head of State's mother - Ngina. Their relationship was said to be a romance with one time, the bouncer rocking shorts and crocs alongside Uhuru when he was inspecting re-innovation at Nyayo National Stadium in 2020.

In one of the interviews with a local radio station, Arocho stated that he met the President when he was still a member of Kenya's independence party. 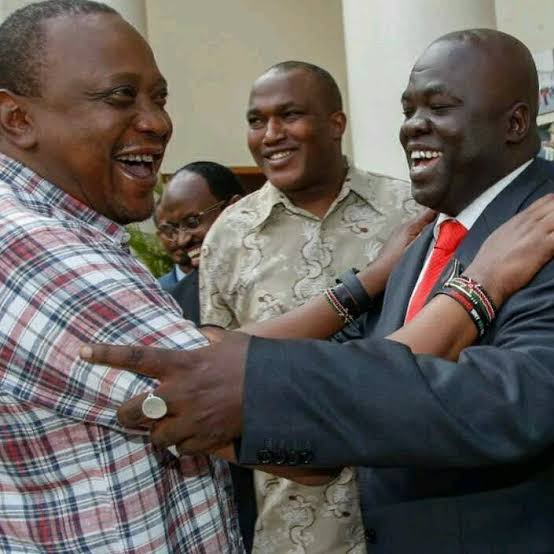 “The president is my long-time friend, we met way back in 2004 at the KANU (Kenya Africa National Union) delegates conference,” he revealed.

He added that he started offering security details when Uhuru had enrolled him for a course in crowd control. He also revealed that his first assignment was when he accompanied Uhuru to the prayer meetings across the country. 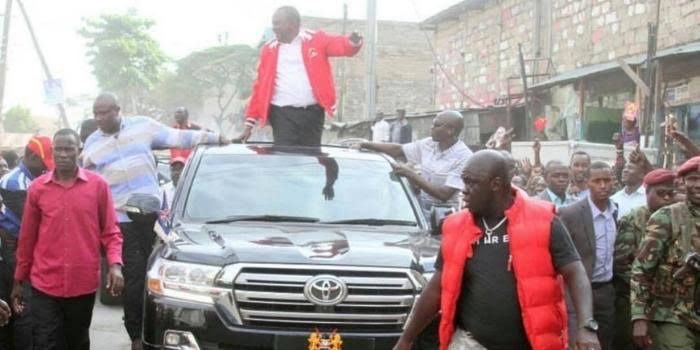 He was awarded the position of director at the Athi-Water Services board and Arocho equates that to the Uhuru being kind-hearted and a personal friend. In 2018, he was awarded a Head of State Commendation (HSC) by the President alongside his twin brother, Fred Arocho. 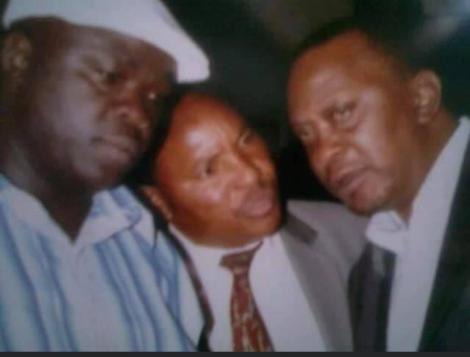 He Is Not Even Qualified To Talk About Ruto, Rigathi Gachagua Drops A Bombshell To Atwoli

SC Ahmednasir Abdullahi Names The Only Serious Presidential Hopefuls, Alleges What Others Are Up to