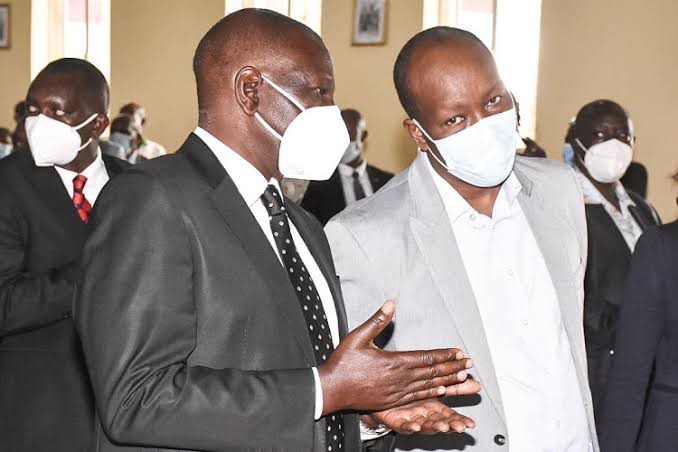 A file photo of DP William Ruto with Nakuru county governor Lee Kinyanjui during a past event.

In his evidence, Mr Itumbi has shared an alleged notice from the former Citizen Conservative Party (CCP) and is now intending to rename it to Ubuntu People's Forum.

Itumbi has also alleged that a majority of those incharge are key allies of the governor including some of the top Nakuru county government staff affiliated to the county boss. 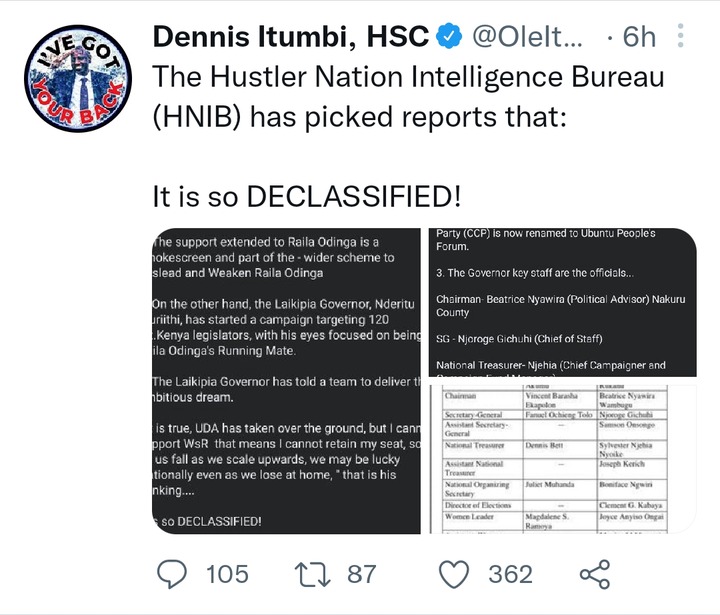 According to Itumbi, the governor's political advisor Madam Beatrice Nyawira has been made the chairperson of the new party in the changes sent to the Registrar of Political Parties.

Others have also been mentioned in the list along them close relatives of the governor as we as some of his top allies who will serve in the party as part of the officials of the party.