By Jonmo (self media writer) | 2 months ago 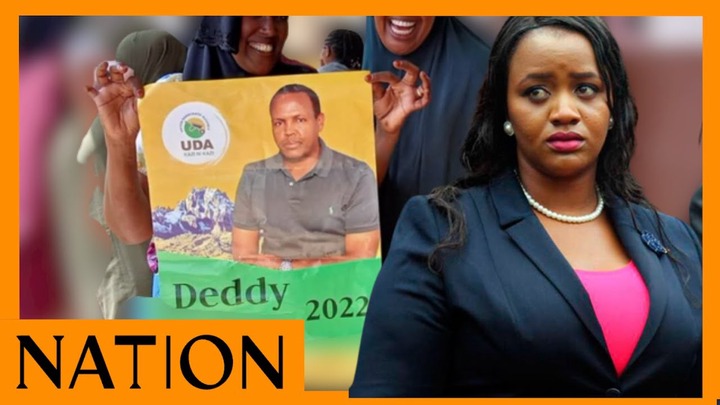 The United Democratic Alliance party nominations have been very competitive, as big boys were trounced by new comers. Some of those defeated are now not comfortable with results and are bitter on the party's election procedure.

In lakipia, the incumbent Nakuru women representative, Ms Catherine Waruguru was trounced by Laikipia East Mp Amin Deddy. This has not settle well with Waruguru who is now breathing fire on party leader. However, hon. Deddy has told Catherine that hurling insults at leaders and electorate does not translate into votes. 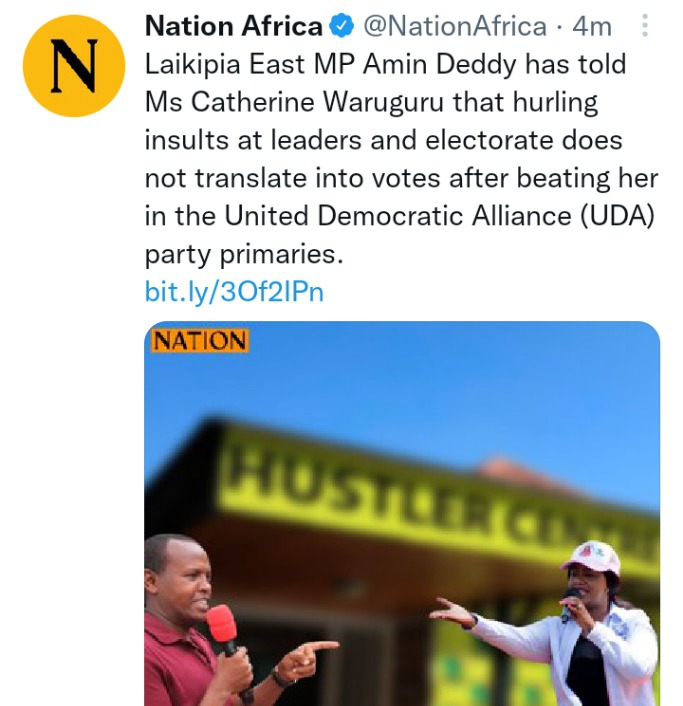 Waruguru was the point leader for deputy president William Ruto, and therefore her loosing was not expected at all. But politics is the game of numbers which at a times are tricky to predict. In several occasions politicians have won the party primaries only to be defeated by independent candidate they won against in nominations. Hence, hon. Waruguru could vie as an independent candidate come August to prove herself.

Content created and supplied by: Jonmo (via Opera News )