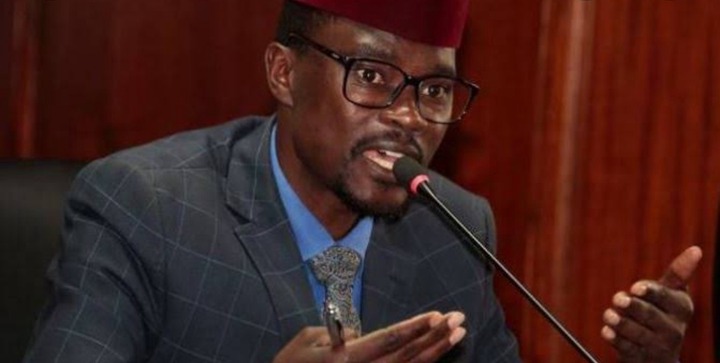 Kimilili Mp Hon Dismus Barasa has finally exposed the alleged politician who took to social media reports about the UDA branded Car that was found in His illegal possession today, saying that the whole thing is pure propaganda and He used it as a tool to destroy His name since they are competitors.

Speaking through Facebook, the Mp says that a politician from Kimilili identified as Hon. Bryan Wakili Khaemba who is His top competitor and has been on the Kimilili Parliamentary race for long while planning to Overthrow Him, decided to use the malicious idea to destroy His Bid.

He further stated that Khaemba decided to take to His Social media handles propaganda so that Barasa's name would be tainted and even the police came to His compound and ransacked everywhere only to find out that the Car was present in His yard, something that they would have never realized. 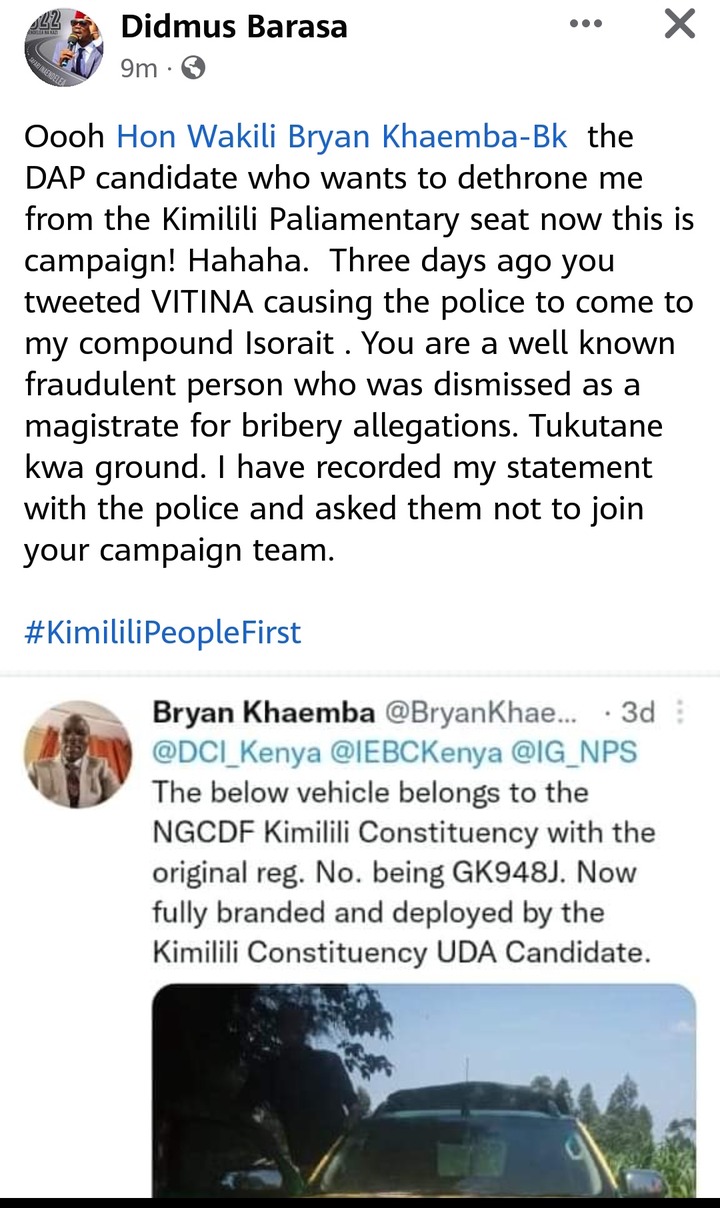 The Mp however said that Khaemba is an alleged crook who was first as Magistrate in the Kenyan Judicial system and later dismissed from the system due to allegations of bribery and other misconduct that would not be tolerated in the job industry, and therefore He has no any moral authority to lecture anyone when it comes to discipline.

He added that He has already recorded a statement with the police officers who had arrested Him, and even told them not to join His campaign team, since He feels that they are one of the people who are being used to propel His propaganda. He also promised Him a terrible defeat and competition, now that they are going to meet on the ballot.

His response just comes at this time when there have been a very hot contest on social media where Kenyans have termed Him as a fraud, since the Car was found in His compound, while others said that the police should be very careful since there might be some Shambolic going matters on in the western politics.