Raila's Government Will Alienate Hustlers, Decisions Will Only Be Made By Rich Men - Says Muthama 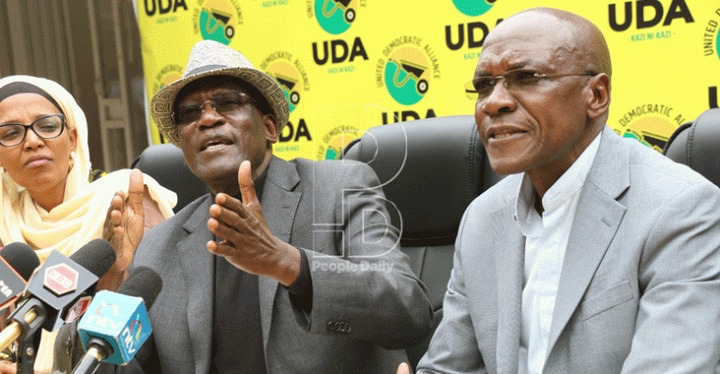 Former Machakos Governor Johnstone Muthama now claims that if former Prime Minister Raila Amollo Odinga came to power in 2022, the major decisions of his administration would be made by rich men, as his government would alienate the oppressed.

Muthama, who attacked the former prime minister in a flurry of early morning tweets, said Raila is currently surrounded by tycoons who intend to make him inaccessible to the most modest if he takes the lead in the direction of the country.

“It is now evident that the decision-making on the 2022 presidency by Raila Odinga's allies has taken a higher notch by building a silo around it with no intention of involving the scammers.

“Holding such FORAs in high-end hotels to pick us a president the Hustlers can't access borders on absurdity. Therefore, the bad intentions of these few oligarchs and tender entrepreneurs will be defeated in the BULLETIN in 2022 by the same insane scammers, ”he said.

The chairman of the new UDA party was speaking in reference to the series of engagements between the Mount Kenya Foundation and potential presidential candidates.

The group, made up of billionaires from the central region of Kenya, met with ODM leaders, Raila Odinga and One Kenya Alliance, in separate meetings.

The tycoons said they would choose a candidate between Raila and an individual from the OKA Brigade, then present the name to President Uhuru Kenyatta for official approval.

However, these activities do not bode well with DP Ruto, to whom the group has left a large place, and his allies.

Ruto and his team argued that the responsibility lies with the electorate and not with a select group of businessmen.

The Tangatanga camp has once again denied claims that the Mount Kenya Foundation has the ability to dilute its growing support in the central region of Kenya.

Reactions After Felesta Njoroge's, A Kenyan Student Who Received 102.6M From Her Boyfriend, Photo with Newborn Surfaces

A Happy Man: Club President That Stood His Ground Against Mwendwa Even After Castigation From FKF.