By MASKANI_NEWS (self meida writer) | 14 days 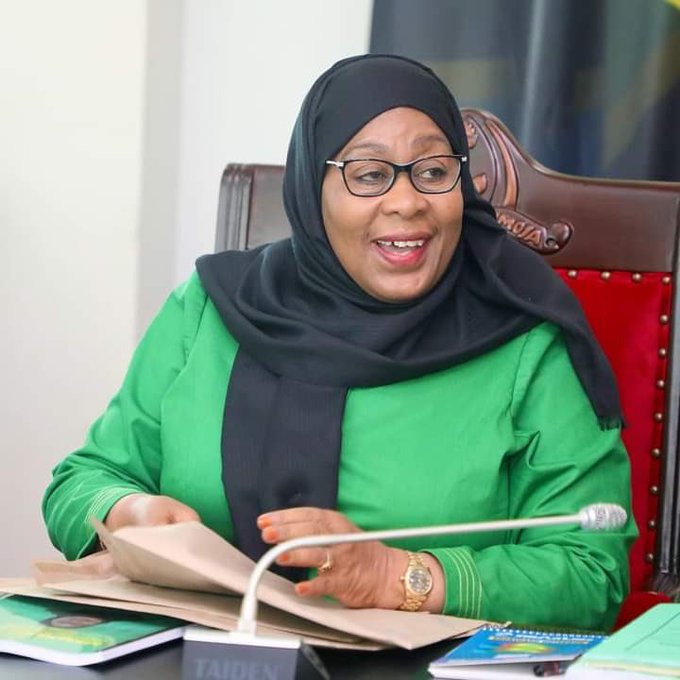 It is a new dawn for Chama Cha Mapinduzi (CCM) after the party officially handed over the leadership to the new president Samia Suluhu. Suluhu who was the deputy Party leader during the reign of Magufuli now will be steering the wheels of the longest-serving party in Tanzania. 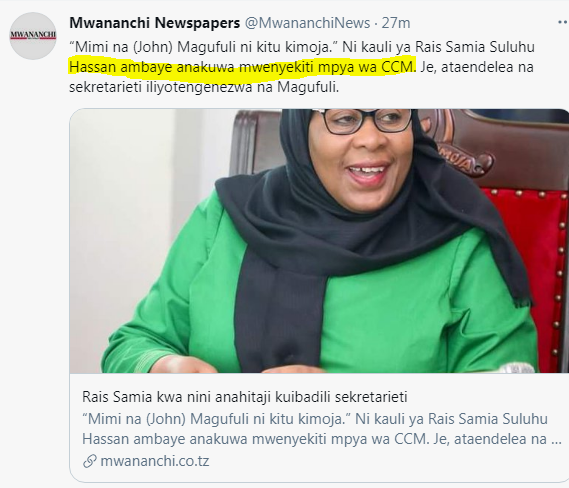 In her acceptance speech, she revealed that she is a student of the late and that she will be following in his footstep. She distanced herself from claims that she was sabotaging the leadership of the late after conducting several changes in her administration.

Her new appointment now brings a new leadership in the party which has been in existence since independence. She will now be conducting key functions of the party. She now becomes the first female party leader of CCM since the formation of the party. Several people have already begun congratulating her for he new role as party chairperson. Kindly follow the writer for more updates

KDF, Ruto Reach Out To Muslims With Gifts For Eid Celebration