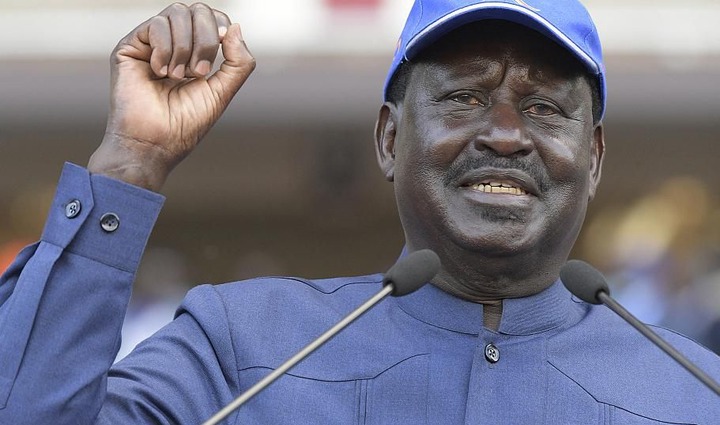 The Azimio La Umoja One Kenya leader says the figures announced by Chebukati was null and Void and must be quest by a court of law.

"Our view in Azimio is clear, the figures announced by Mr Chebukati are null and void and must be quest by a court of law." Raila Odinga said.

Addressing the public at KICC- Nairobi on Tuesday August 16, Hon. Raila said that Azimio brigade takes the presidential results with illigality and no validity.

"In our view there is neither a legal and validly declared winner nor a president-elect. Mr Chebukati's announcement purporting to announce a winner is a nullity."

According to Hon. Raila Odinga, the election commission chairman Wafula Chebukati acted with impunity and in total disregard of the constitution.

"He (Chebukati) acted with gross impunity and in total disregard of the constitution and our laws. He could have plugged our country into cheos.

Raila added that it's not up to the Azimio leaders to correct Chebukati but the appropriate authorities will act according to the law.

"It's not up to us to determine if Chebukati has done an offense. We live that determination to the appropriate authorities."

(Video can be watched via this link, Start time 5:18 minutes.