By Ckibiba (self meida writer) | 8 days 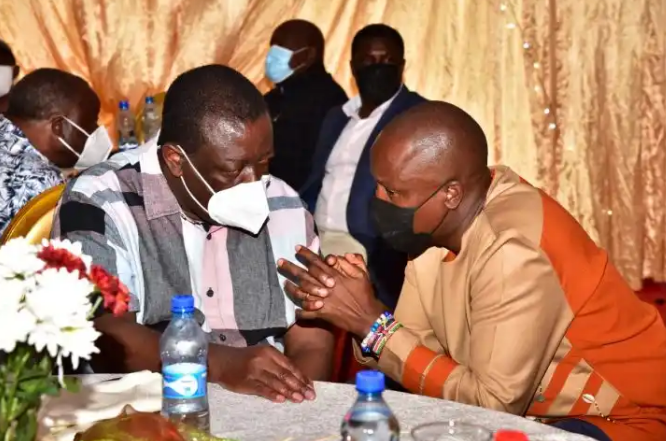 Hon. John Kaguchia, who was once one of the leading voices in campaigning for the Building Bridges Initiative whose future now appears bleak despite it being headed to the Supreme Court, has for a while now been appearing to tilt towards the Deputy President.

However, following his latest remarks, it now just about settles the entire issue and confirms where his loyalty presently lies.

Pouring cold water on what has been termed as Raila’s sell ability, or as others like to put it, sellability, in the Mount Kenya region, Nyeri County Assembly Speaker John Kaguchia declared that it is almost impossible to package and promote former Prime Minister Raila Odinga to the Central Kenya region.

He was speaking this while appearing on Citizen TV’s daily weekday morning show Daybreak. Alongside him was Amani National Congress Deputy Secretary General and Lugari member of parliament, Ayub Sabula.

Kaguchia said that despite more than three years of trying to rebrand Raila in positive light and sell him in the region, there continues to be pushback from the electorate.

He went further to dismiss any talk of there being political disunity in Central Kenya, arguing that whoever would think of such a thing existing is simply someone who doesn’t have facts on the ground.

He maintained that the entire Mount Kenya region was in absolute agreement as to who they intend to vote for in the upcoming polls, and it is Deputy President William Samoei Ruto.

Continuing to disparage Raila’s hope for support in the region, Kaguchia said it was quite telling that Kieni MP Kanini Kega, and Murang’a county Women Representative Sabina Chege were ready and willing to escort Amani National Congress party leader Musalia Mudavadi to Central Kenya recently, yet are unwilling to do so in the case of Raila.

Kaguchia, nevertheless, went on to dismiss the newfound camaraderie between Musalia Mudavadi and Kieleweke members from Central, saying that even if they change their support from Raila to Mudavadi, it’s a case of too little, too late to try and catch up with William Ruto who has opened an unassailable lead in the area.