Uhuru hints on who he is supporting while conferring city status to Nakuru town.

By KenyanHotNews (self media writer) | 1 month ago 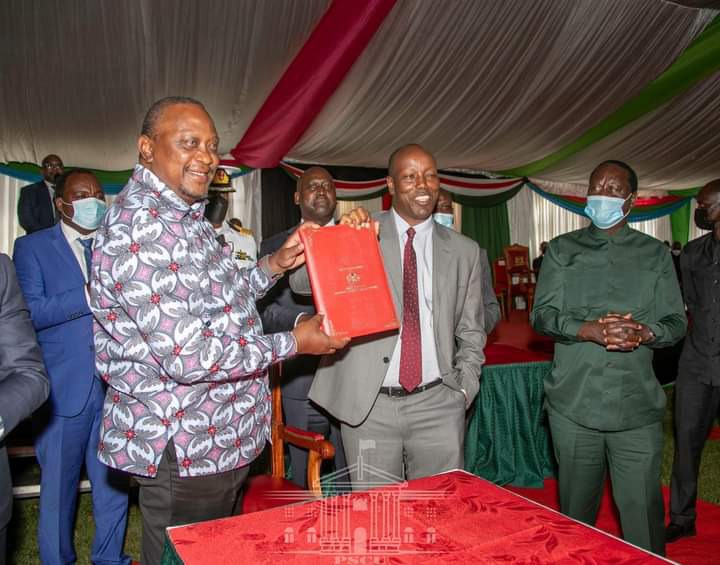 As jostling for the 2022 election nears, Kenya's political kingpins including Uhuru, Raila, Ruto, Mudavadi, and Kalonzo are expected to play major roles even if they may not be in the ballot. President Uhuru has stated today that he will not be on the ballot but will guide people on who is best suited for the seat.

President Uhuru Kenyatta today was in Nakuru town where he was expected to give a charter that will make Nakuru the fourth city in Kenya. He was received by Lee Kinyanjui, the Nakuru governor among other leaders. He was accompanied by Rt. Honourable Raila Amolo Odinga. Notable absent was his second in command who was elsewhere campaigning. 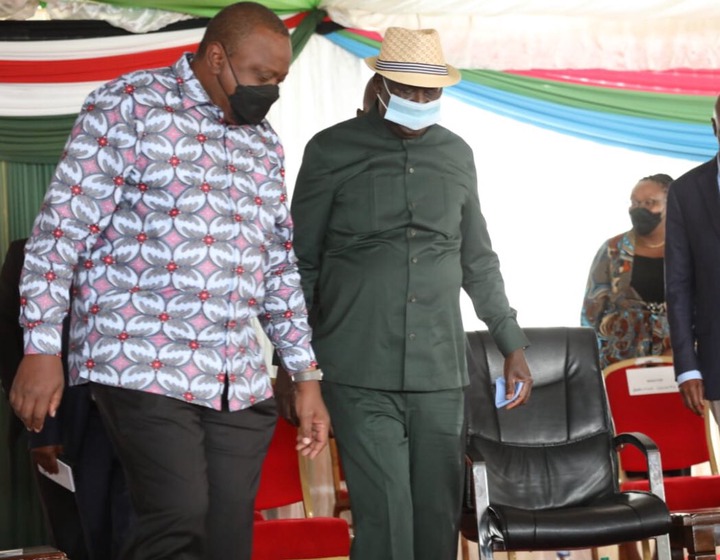 As always, politics took center stage and he warned those present not to vote with their mouths but with their brains. He noted that in politics, it is a a marathon and not a sprint. He further said that "afadhali kwenda pole pole....Mzee atakujia pole pole apite kijana."

This was a subtle reference to Raila (Mzee) that although slow, he will eventually pass kijana (Ruto). It is worthy noting that DP Ruto has been campaigning since their fallout which happened after the handshake. He noted that because of his early campaigns, "kijana ataisha pumzi, na Mzee atampita."

This was an indirect dig at his DP who was not even present during the event. Notable though was Gideon Moi and Lee Njiru who has been campaigning with Raila.

What do you think, is Uhuru openly campaigning for Raila?

Content created and supplied by: KenyanHotNews (via Opera News )