Rift Valley Leaders Agree to Help Raila, But One of Them Leaks Their Secret Plan

By Curtis-Otieno (self media writer) | 15 days ago 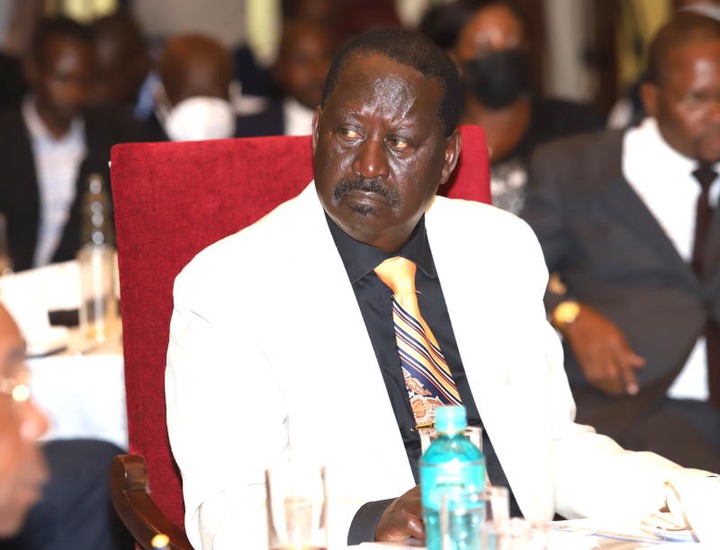 Details have emerged on how leaders from Deputy President William Ruto's Rift Valley backyard are cleverly trying to boost his 2022 winning chances by working with his opponent, ODM leader Raila Odinga.

This follows claims that some area leaders have embarked on mobilising people to accord Raila a rousing welcome when he visits the region next week, but not to help him but to help the DP.

The game plan, according to The Star, is to make the country, especially Raila's strongholds, see that the region is ready to embrace Raila, so that Ruto too can be welcomed to campaign in Raila's turfs.

"We are mobilising. We have MPs helping us reach out to locals too. We want to send a message that anyone can campaign in any part of this country,” a lawmaker involved in the plan told the paper. 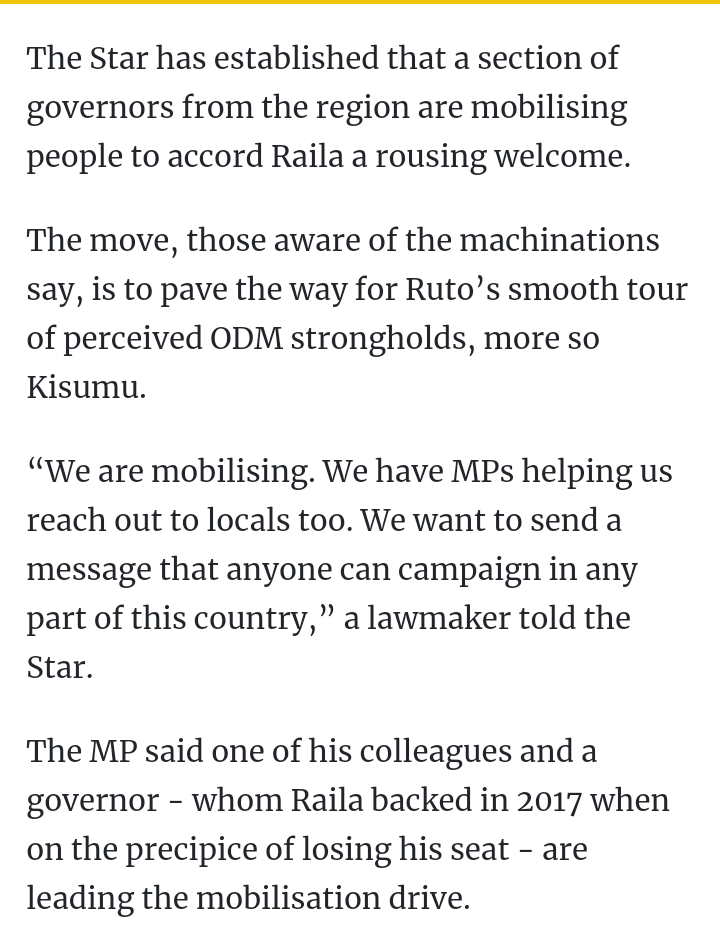 The region is among those that fully rallied behind Raila's 2007 presidential bid, before his loss to then President Mwai Kibaki, a loss he rejected, resulting in the 2007/8 Post Election Skirmishes.

It is now the turf of Ruto, who was a member of his then Pentagon alliance and who is considered the man who shepherded the region to back him. Ruto, like him, is also a 2022 presidential hopeful.

Despite the region appearing as most likely to back the DP, Raila holds that he stands a chance, eve though his support there has dwindled.

“I cannot say they have left me. That is propaganda. I have garnered votes there. I got substantive votes in 2013 and 2017 much as it was not like that which I got in 2007,” he said yesterday.