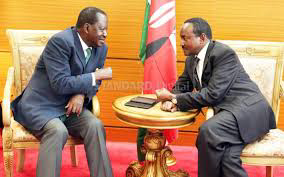 All eyes are now on 2027 politics after the successful transition of power in the concluded august general elections. Kenyans are asking how the political landscape will shape following Raila growing old hence will not be able to vie for 6th time having lost the previous elections. This means that Raila's political journey has come to an end despite not yielding good fruits for his loyal supporters. Hence the biggest question that has arise is who is likely to succeed Raila Odinga and be able to Contest against the chief Hustler William Samoei Ruto come 2027

However some big names have been proposed as the most likely people to succeed Raila Odinga and take the luo Nation mantle. Among the names that have been proposed are Wiper Democratic Movement party Kalonzo Musyoka who has stood with Raila Odinga through thick and thin in the political arena, National Rainbow Coalition and former Gachugu Constituency member of Parliament Honourable Martha Wangari Karua, Suna East Constituency Member of Parliament Honourable Junet Mohamed as well as former Baringo senator hon Gideon Moi. 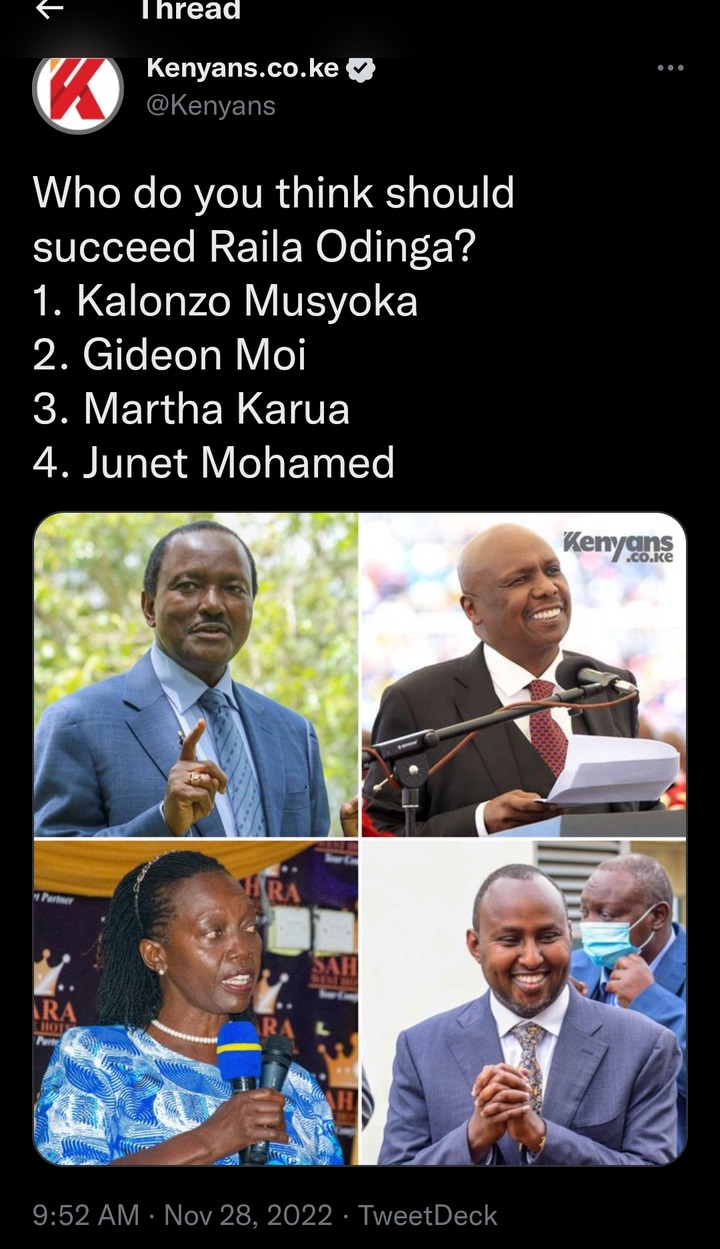 As posted by Kenyans.co.ke on who is likely to succeed Raila above the list of political incumbents, kenyans were given opportunity to give views on who they think is the best candidate to take over from Raila. According to 2,265 total respondents who actively participated in the online poll 61.4% voted for Kalonzo Musyoka, 13.6% voted for Gideon Moi, 22.7% voted for Suna East lawmaker Junet Mohamed while only 2.3% voted for Martha Karua. 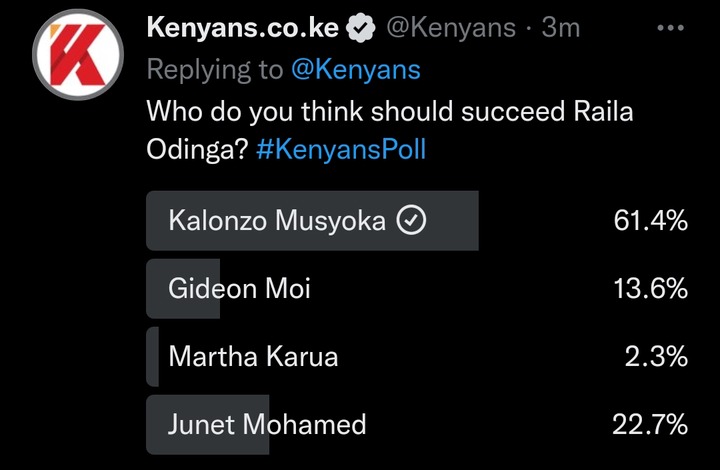 This is indeed a huge boost to Kalonzo Musyoka as Kenyans now sees him as the most preferred successor of Raila Odinga ahead of 2027 and not even Martha Karua who was the running mate for Raila Odinga on august 2022. This move by kenyans to vote for Kalonzo Musyoka is a strong indication that they will support him immensely come 2027 if endorsed by the chief opposition Raila Odinga. Section of kenyans also allege that Martha Karua should not be in that list saying that she didn't deliver anything to Raila Odinga unlike Kalonzo Musyoka during august elections.