By The_Updater (self media writer) | 14 days ago

On Tuesday 24, the immediate IEBC chair Wafula Chebukati appeared before the Muchelule-led tribunal to testify against the four IEBC commissioners who disputed the presidential results. Chebukati was put to task by lawyer Donald Kipkorir who is representing commissioner Irene Masit. Out of the Cherera 4, Masit is the only commissioner who is yet to resign.

Chebukati made deep revelations of how a group led by Raphael Tuju visited him and asked for the moderation of results in favor of Raila Odinga. According to Chebukati, Tuju and three others argued that if Raila was not announced as president, the country would plunge into chaos.

At one point, Chebukati struggled to answer a question posed by Donald Kipkorir. Masit lawyer inquired why Chebukati failed to consult the then president Uhuru Kenyatta when Venezuelans were arrested with IEBC items at the airport.

Chebukati answered that he was able to solve the situation without contacting the then Head of State. He stated that he consulted with the DCI and the IG.

Kipkorir went ahead to allege that there are a lot of dark secrets that happened behind the scenes adding that everything will come out to light one day. 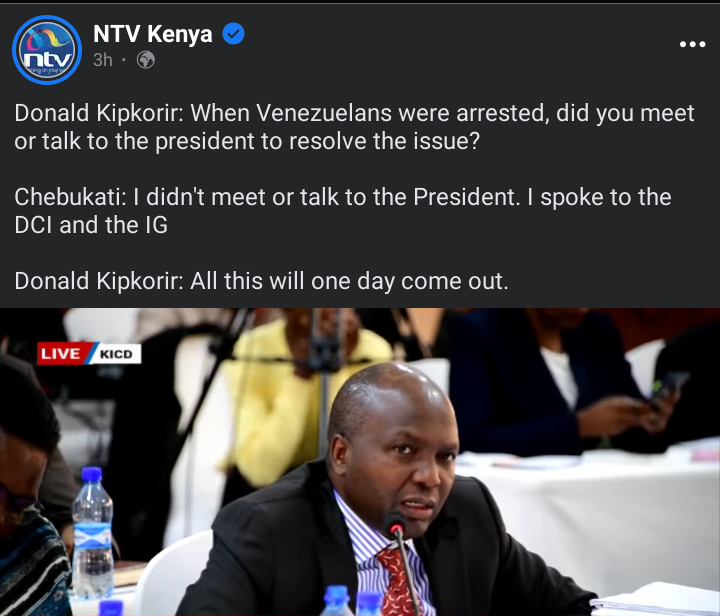