Itumbi Speculates The Powerful Person Gideon Moi Will Meet In The US, Kenyans React

By Presswriter (self media writer) | 13 days ago 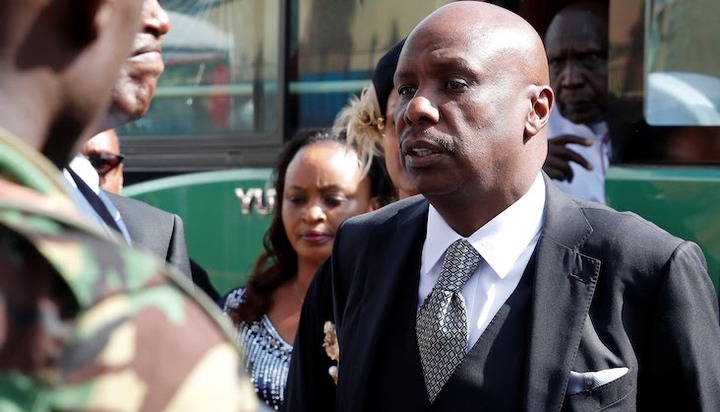 For sometime now, Dennis Itumbi has been releasing seemingly secretive information against Ruto's political opponents. Through his social media accounts— Twitter and Facebook, the former State House communication strategist has, through the tag HNIB, fed the his followers with information seemingly hidden from the public eye.

Dennis Itumbi is one of William Ruto's loyal supporters, and from his frequent information he releases, the Blogger has earned himself criticism and praise in equal measure.

Today, the vocal blogger informed of the speculations that Gideon Moi was out of the country. In the microblogging social platform— Twitter, Itumbi noted that KANU chairperson had travelled to the United States of America.

The intentions of the travel, he speculated, is to have a meeting with president Kenyatta who is also in the United States on an official function. 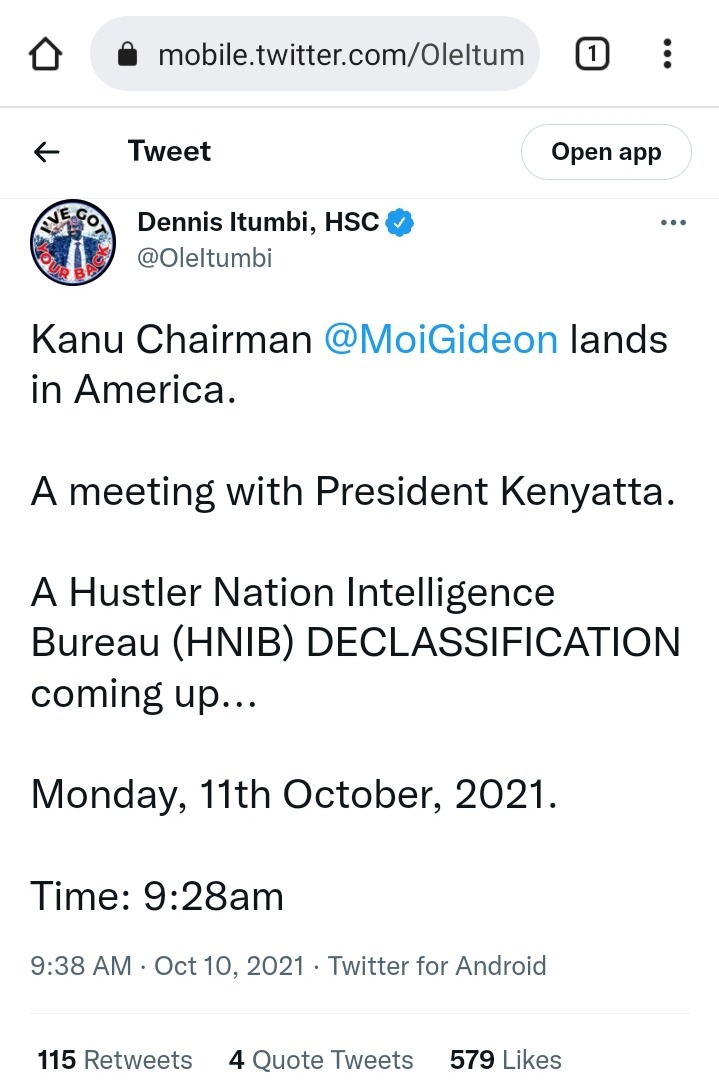 Though the speculations have not been proven, if true, the details of the meeting between the president and Gideon Moi have not been known.

Uhuru Kenyatta has been in the United States since Tuesday last week, and was set to address the UN General Assembly as Kenya assumed chairmanship. At around the same time, the head of State was linked with having offshore accounts, as detailed in the Pandora Papers.

Kenyans have since reacted to Gideon Moi's trip to the US. While others criticised Itumbi over his actions, other Kenyans speculated that the travel could be for political reasons.

It should be known that the KANU chairman has revealed of his intention of becoming Kenya's next president.

Here are some of the reactions from Kenyans:

Meanwhile what do you think? Kindly share them with us in the comments section below.

Research Ranks Most Reliable, Durable Cars On The Market, German Machines Trail Behind