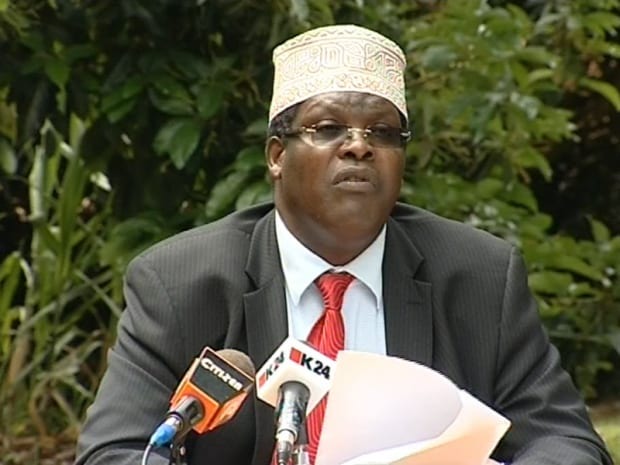 The Director-General, State Department of Interior and Citizen Services, Alexander Muteshi Imbenzi has squashed any hopes that exiled lawyer Miguna Miguna might be allowed back to the country despite High Court’s ruling.

The DG was speaking to LSK president Nelson Havi who had gone to visit him in his office. It was however not a pleasnt visit as the DG nearly broke Havi’s phone when he realized the LSK president was recording him.

The angry DG did not agree with Havi that he had received High Court’s order to give Miguna back his documents and allow him back into the country.

In a video posted by Havi, Mutheshi is seen shouting at Havi asking him “Why are you taking my photograph!”, as he got out of his seat and approached him (Havi). Muteshi went on and grabbed the phone from Havi almost throwing it down.

Taking to twitter, Havi has revealed that Muteshi has said that Miguna is no longer a Kenyan citizen and that he lost his citizenship when he acquired a Canadian Citizenship. 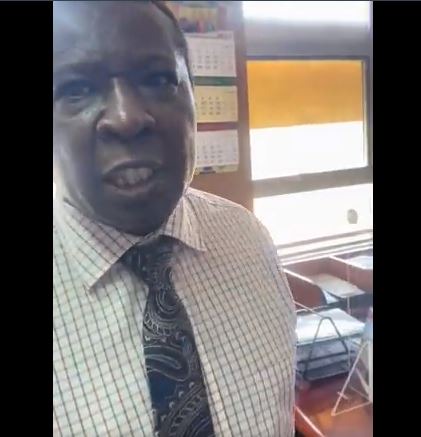 “The Director-General, State Department of Interior and Citizen Services, Alexander Muteshi Imbenzi, claims that the High Court Order directing that Miguna Miguna be given a Temporary Travel Document by the Kenyan Embassy in Berlin, Germany for travel to Kenyan will not be obeyed.

Netizens responding to the post have revealed that whatever they are doing to Miguna is pure impunity.

"I Was Deported In Cuffs, It Was So Dehumanizing" Don Narrates His Horrific Experience