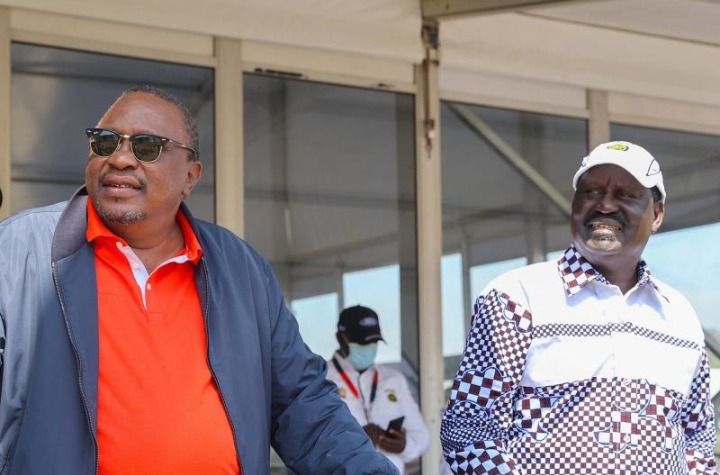 Raila Amolo Odinga, the leader of the Orange Democratic Movement and former Prime Minister, is said to have received yet another accolade when a vociferous ally suggested that a road be named after him. Nairobi citizens should lobby for the Thika SuperHighway to be renamed the Raila Odinga SuperHighway, according to Robert Alai, a popular ODM insider.

"If Nairobi Members of County Assembly or the national government wanted to honour Raila,they should name "Thika SuperHighway" Raila Odinga SuperHighway,so as to shame the ghosts of ethnic isolation and negative ethnic stereotypes.Raila laid the infrastructure blueprint after the second liberation," stated Robert Alai.

Raila, according to Alai, is a national figure who has always been in the forefront of the fight against the government's mistreatment of Kenyans.

According to history, Raila Odinga was the Minister for Roads and Public Works during Kibaki's tenure as President under the National Rainbow Coalition, and he was in charge of most of the technical groundwork - which he took on with his characteristic zeal, resulting in the successful completion of the Thika SuperHighway, which had been beset by obstacles during its construction period to the point where its inauguration had been postponed.

Despite his sacrifices in ensuring the effective completion of that highway whose construction was almost thrown away, the ODM leader did not care to name the road after himself, thereby portraying him as a national leader. Many supporters of Raila, on the other hand, are praising him for his efforts, which have made travel along the route easier due to the motorway's great carrying capacity, reducing traffic congestion that would have occurred if the highway had not been built.

It is speculated that if the Nairobi county government approves the renaming of Thika SuperHighway to Raila Odinga SuperHighway, it will have a significant positive impact on his presidential succession bid in 2022, as most people will regard him as a national leader whose good work has been recognized by the government.