We Demand For An Apology, Meru Leaders On Ruto's Neck After Insulting Munya And Murungi

By Mwokozi (self media writer) | 15 days ago

The ameru Community leaders have now come out to protect one of their own (governor Kiraitu Murungi and CS Peter Munya) after deputy president William Ruto insulted the two leaders yesterday. 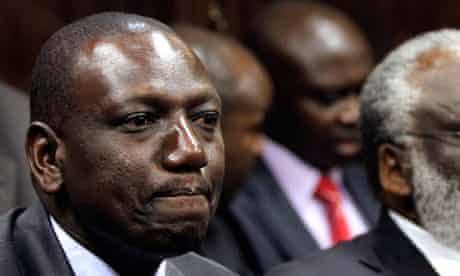 According to the letter released to the media which has been written by the ameru community leaders,the people have told Ruto to respect their community and tradition.

"Our attention was drawn to a political rally you concluded on Monday 15th November. In the Political Ray you you resulted to verbally insulting meru county governor Kiraitu Murungi and CS Peter Munya who are not only Political Kingpin of the meru but also the Njuri ncheke elders," the letter read. 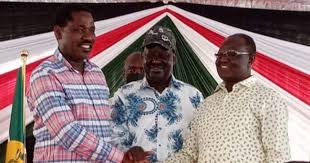 The letter says that in his rally yesterday, deputy president William Ruto refuted in insulting governor Murungi and CS Peter Munya. It says that while Ruto is on his tours in mount Kenya Region,he has always insulted the region leaders including president uhuru Kenyatta in front of women and children. 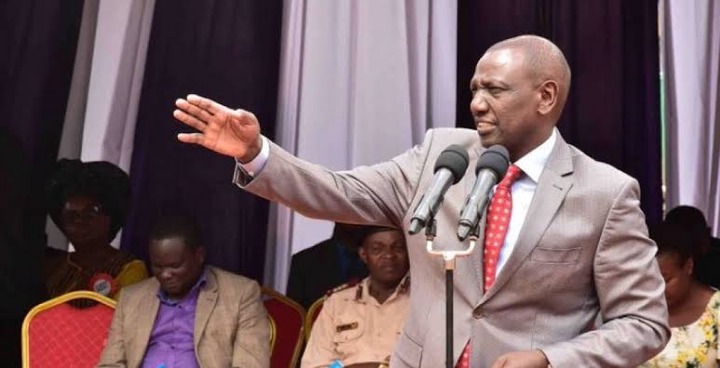 "On the above matter we've noticed a trend where you roam mount Kenya abusing leaders and elders including president uhuru Kenyatta. We ameru we are very different from our kikuyu brothers,we cannot tolerate a situation where our elders are abused let alone in front of women and children," the letter added. 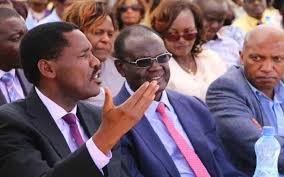 They gave advised Ruto to seek for advise on the community norms before visiting the area, insisting that they're a very welcoming community. The have however told Ruto that him giving the people some few cash should not give him the chance to insult the elders.

" As ameru Community we're very welcoming but there's a way that our visitors must Conduct themselves, you should know that you've crossed the line on this one and you should look for people to give you advice when you visit meru. We feed our visitors and make them comfortable,it is not for our visitors to give our people a few coins as a gateway to insulting us. We can reimburse the 2 million you gave so that you respect our community," it added. 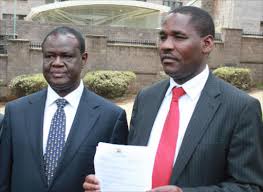 They have now demanded for an apology from the second in Command telling him to follow the set meru tradition to do the apology.

"As deputy president and long serving Politician, have you ever heard of any meru elder or leader abusing a kalenjin Politician in front of Women and children? Kindly Respect our community and Continue with such activities in other Mt Kenya regions. We demand an apology using the set meru tradition," the letter read. 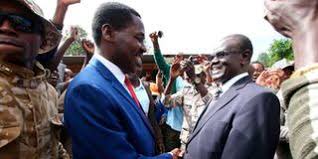 The meru activists have so called upon a the people from their area to come together and protect their culture and Community.

"Finally considering your unprintable utterances targeted at governor Kiraitu Murungi and CS Peter Munya,we we urge all the meru people to come together regardless of Political inclination and protect our tradition, which are as old as mankind from defilement. We should not let someone's 2022 ambitions undermine our culture," the letter read. 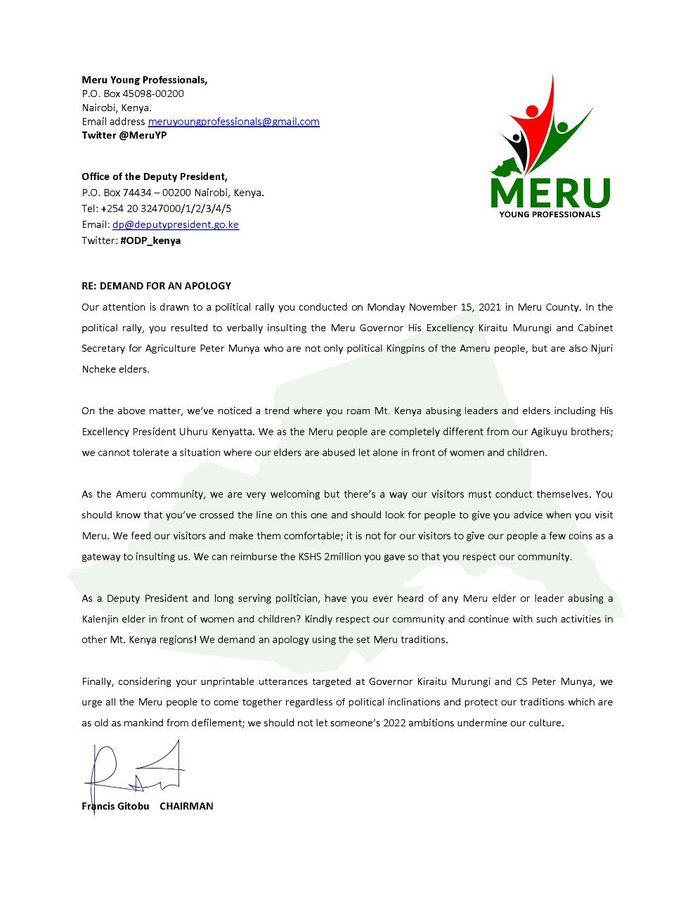 Revealed: This is Why Catholic Church in Kisii has Returned Back Simba Arati Ksh100,000 Contribution