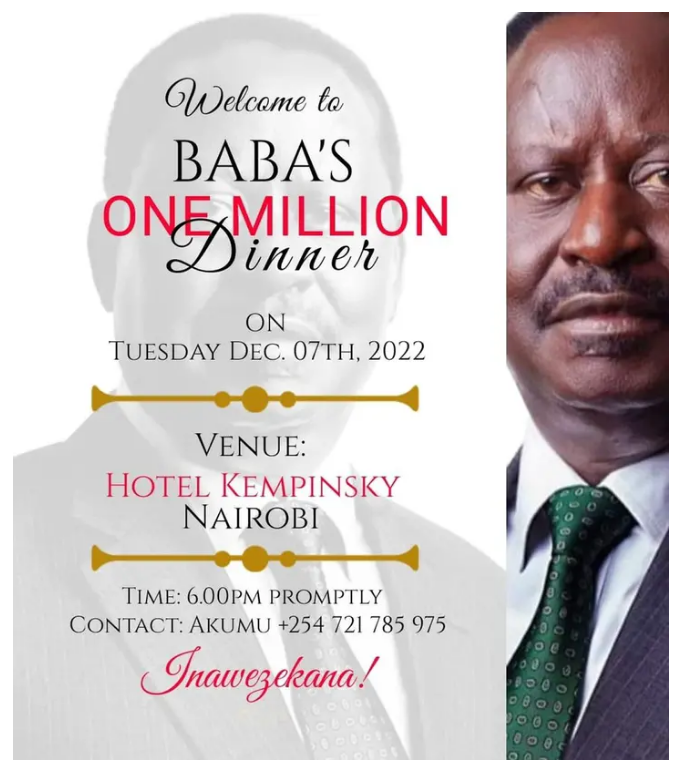 As the 2022 polls draw closer, political realignments are the talk of the day. The country is remaining with less than a year for it to go for a general election as per the constitution. During the coming general election, the people of Kenya are expected to elect their new president who will replace the outgoing president.

However, enough and sustainable financial muscles should be accumulated considering the fact that political campaign bills are expensive to foot. As such, fundraising becomes inevitable.

That being said, the Embakasi East Parliamentarian, Hon Babu Owino urged the youth to turn out in large numbers and grace the one million fundraiser occasion at the Villa Rosa Kempinski hotel.

Talking to his twitter account the vocal MP said they will be holding a one million dinner for ODM party leader Raila Odinga whereby they will be contributing one million Kenyan shillings each towards his campaigns.

However, ODM leader Raila Odinga’s office has distanced him from a Sh1 million per plate dinner slated for Tuesday next week.

And in what seems to indicate that the announced event was fake, leaders like Homa Bay Woman Rep Gladys Wanga, who had published the event’s poster on her Facebook page, pulled it down.

There was heated debate after the posters of the event appeared on social media, with a number of Raila’s allies announcing they will attend the dinner at the Villa Rosa Kempinski hotel in Nairobi.

When the media contacted Raila’s spokesman Dennis Onyango on Friday seeking to know why the event had been put off after news that the dinner had been postponed, he said the information did not come from them.

When he was asked why a number of Raila’s allies had publicised the event on their social media pages, he directed the media to ODM lawmakers. 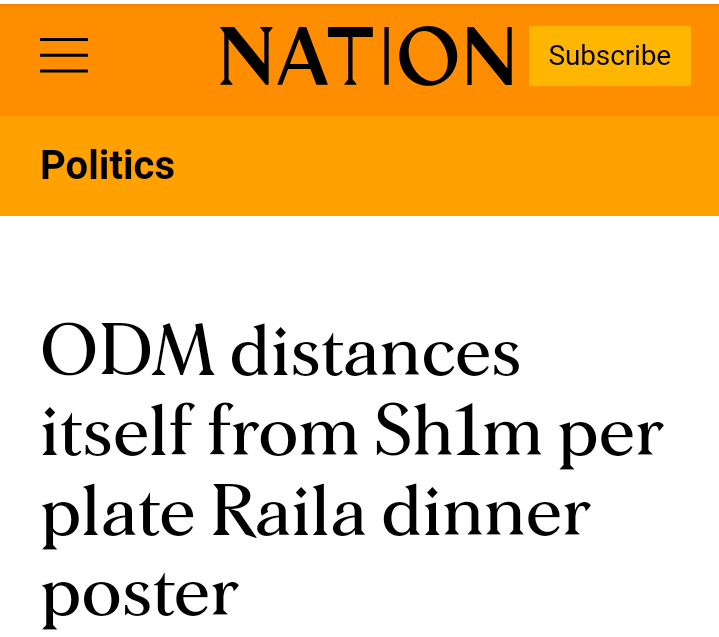