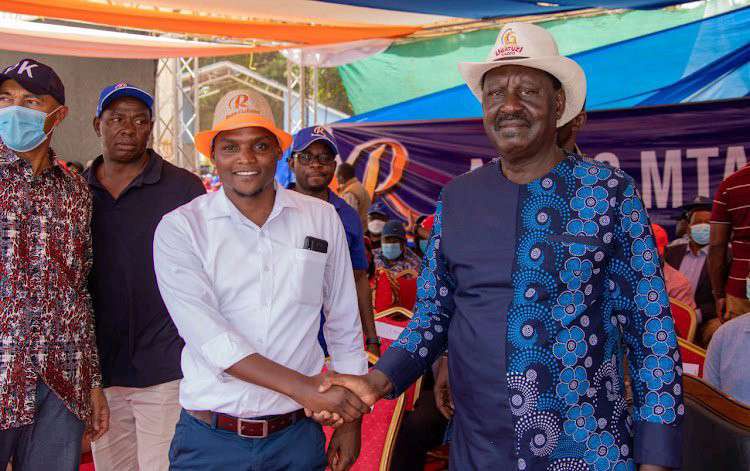 Photo courtesy (Pius Kinuthia with Raila Odinga in a past event)

Youthful politician Pius Kinuthia has hit the ground running as he seeks to vie for the Senate seat on an Orange Democratic Movement (ODM) ticket, intriguing residents in Murang' a, Mt Kenya region.

The Mt kenya Political aspirant has showcased his campaign car which branded with his face and that of ODM leader Raila Odinga' s face.

Kinuthia has been a strong supporter of Mr Odinga and went against the odds using the ODM ticket in the Mount Kenya region. 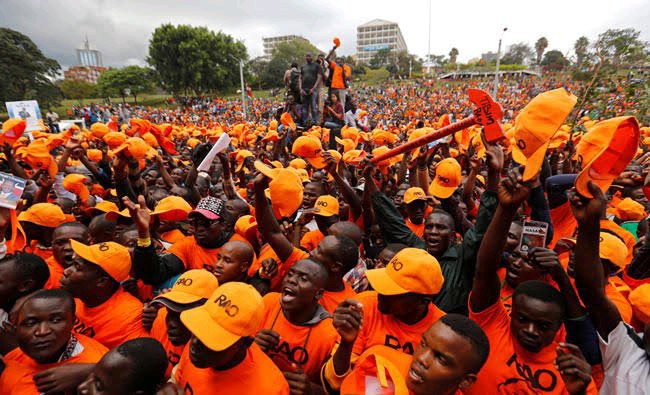 Kinuthia, a pharmacist, is in competition with five other hopefuls, including former senator Kembi Gitura, Joe Nyutu, Hellen Wanjiru and Elijah Churu.

Now, with Kinuthia' s backing for her senatorial bid on Mount Kenya with an ODM ticket, she has drawn mixed reactions among Kenyans on social media. 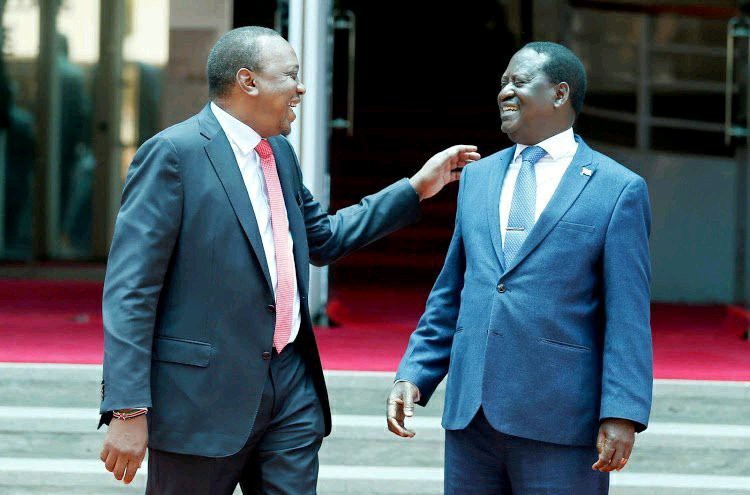 After Meru County Governor made the bold move to partner with former Prime Minister Raila Odinga, statements were made during the meeting. One of Meru' s leaders who supports Raila and disability leader Mike Makarina released a statement lecturing him to his face ahead of this year' s polls. 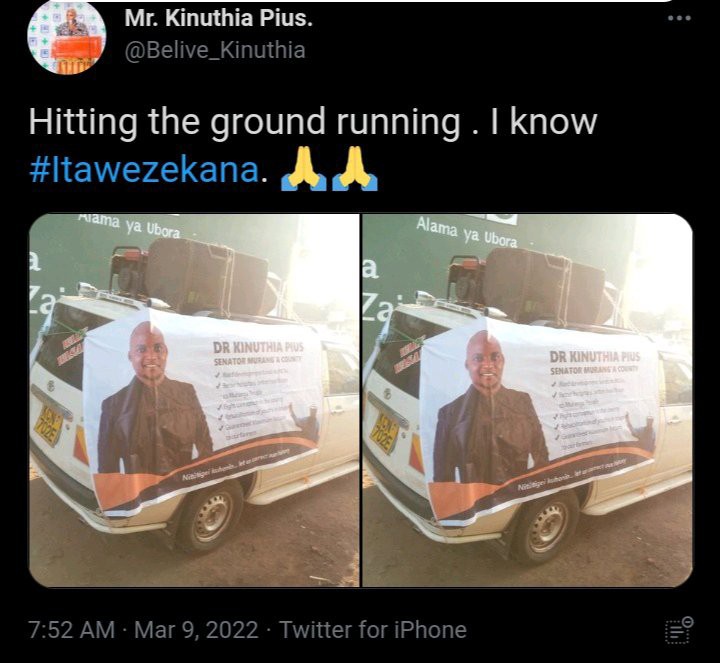 He reminded Raila, Kiraitu and other leaders to tell him the truth that the ground is hostile and Vice President Ruto has a lot of influence through his UDA party. He said that in the recent past, the Vice President visited the area and gained great popularity in Meru County. 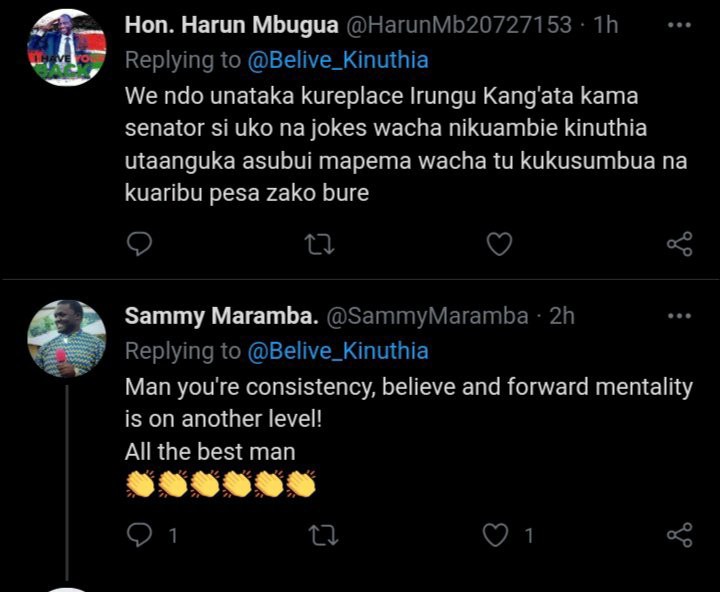 He reminded Raila, the governor of Meru, and their team that they should not avoid telling Raila the truth that the terrain is hostile. He stated this by stating that after the decision to join forces, they will eliminate the influence of the vice president in the county as they will start official campaigns in Meru county. 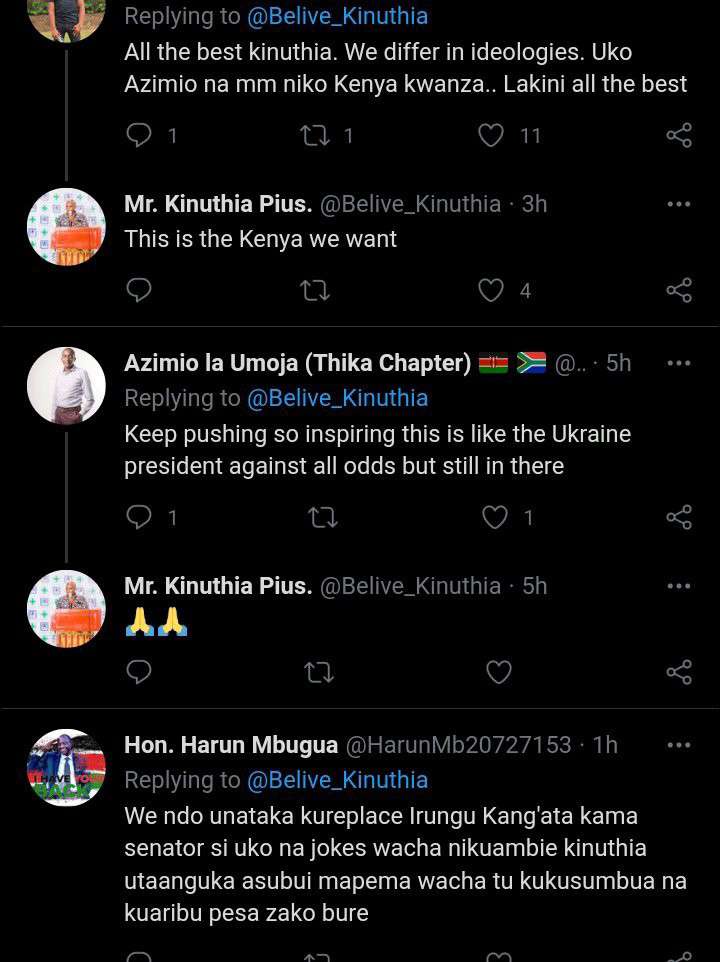