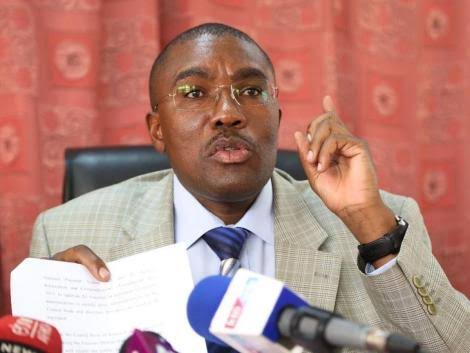 This follows Raila Odinga's speech during this year's Mashujaa Day Celebrations at Wang'uru Stadium on Wednesday where he highlighted the plight and welfare of sone of the renown heroes and heroines of the country since independence.

In his message, Kabando wa Kabando has noted that Raila Odinga singled out the true heroes of the nation and those who fought during the second liberation of the country during the struggle for democracy in the country.

He has since asked him to ensure that he remembers to recognised other patriots if the nation who fought passionately with an aim exposing those who have engaged in graft in the country. 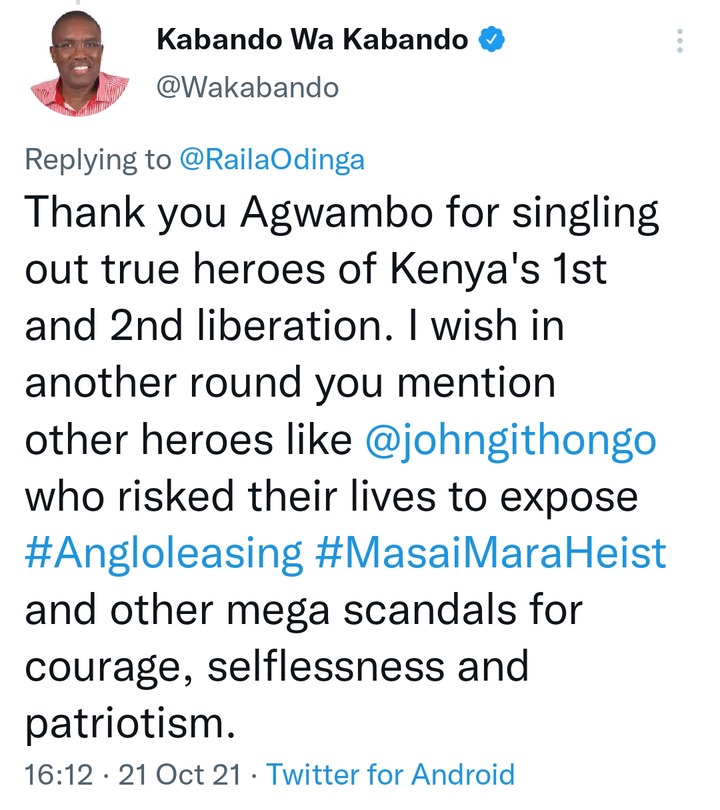 "Thank you Agwambo for singling out true heroes of Kenya's 1st and 2nd liberation. I wish in another round you mention other heroes like @johngithongo who risked their lives to expose #Angloleasing #MasaiMaraHeist and other mega scandals for courage, selflessness and patriotism."former Mukurweini constituency Member of Parliament Honourable Kabando wa Kabando.

In his speech, Raila Odinga singled out some heroes among them former president Mwai Kibaki as sone of the great leaders who are heroes of this nation and hence required special recognition.

Martha Karua, who is the former justice minister and Gichugu constituency Member of Parliament as well as Kirinyaga county governor Anne Mumbi Waiguru and also the first female Chief Justice Martha Koome were also captured in his speech.