Only in Africa: 10 UPDF Officers Sworn In To Represent Military In the Ugandan Parliament

By Mapya-News (self media writer) | 1 year ago 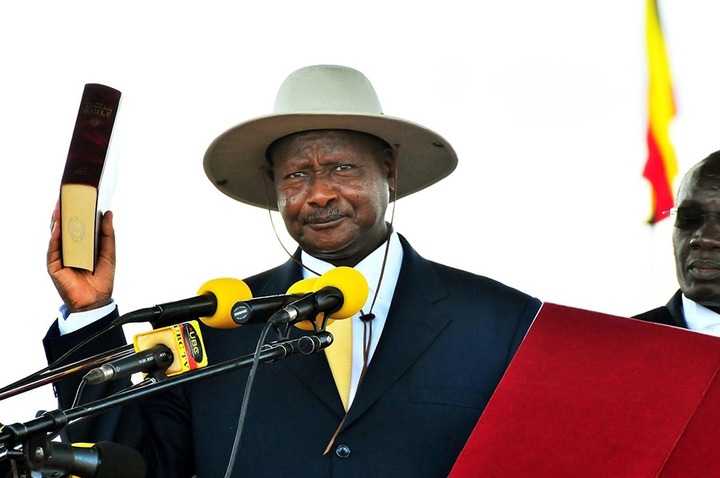 Following President Museveni's inauguration last week, it is now the turn of parliamentarians to take the oath. Ten UPDF members are among the 529 parliamentarians currently taking the oath of office.

Under Article 78 of the Republic of Uganda's constitution, the Ugandan People's Defense Forces (UPDF) have ten seats in Parliament. The Parliamentary Elections Act requires the UPDF Council to elect ten (10) representatives from among the nominees submitted by the Commander In Chief, One third (1/3) of whom shall be women. 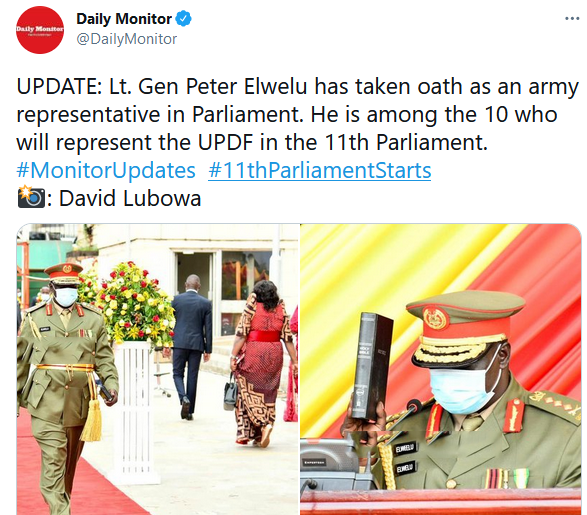 In the UPDF elections held in January, General David Muhoozi, the president's son, was among those elected to represent the military in Parliament. The others include:-

President Museveni released a statement after the election. According to the president, the army has to listen in on House proceedings. Then report to the military, who would be able to make decisions as a force. Museveni said that since Uganda's past of being ungovernable and failing as a state, the Constituent Assembly thought it was a good idea to have ten members to represent the UPDF.

However, sections of Ugandans have questioned the continued presence of the military in the legislative assembly. A human rights organization in 2019 challenged the continuation of the practice in court. Africa Human Rights Monitoring (AHRM) challenged the constitutionality of army representation in assembly but lost.

According to AHRM, army representation violates democratic participation principles. The army is supposed to be politically apolitical. But how can the army be neutral if it has a vote in a multi-party parliament?

Army representation in the legislature began in 1994. The Officers, as expected, end up voting with the ruling party, raising Museveni's parliamentary majority. 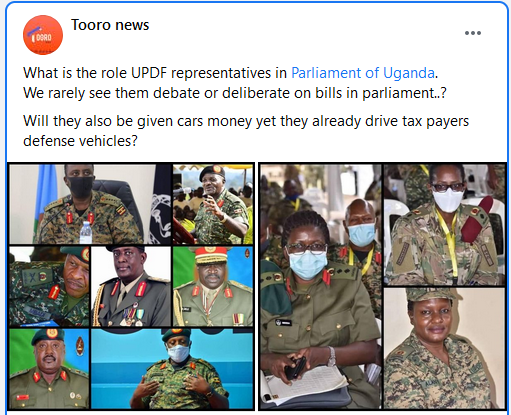 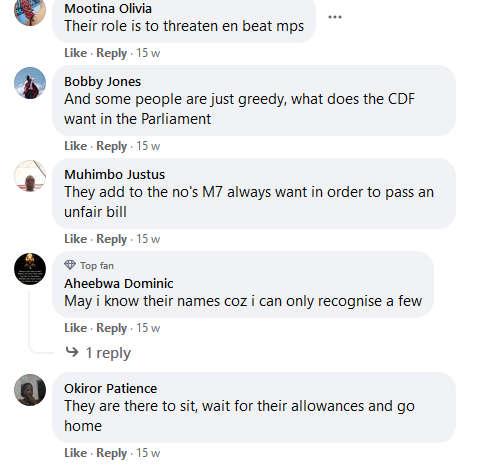 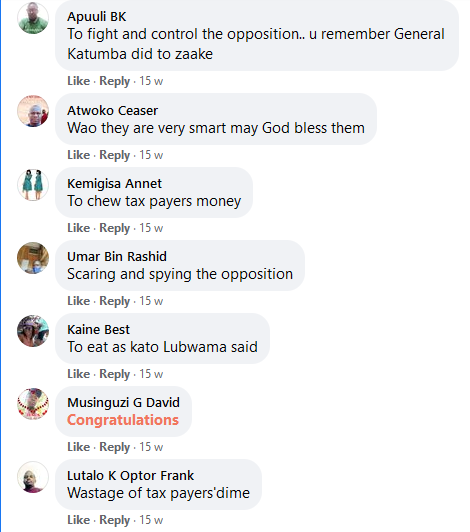