Kenyans have been shocked after leaning that popular Eastleigh's top Police Officer, Ahmed Rashid will be facing murder charges after the Directorate of Public Prosecution, Nordin Haji agreed with the recommendations of IPOA. Rashid Ahmed of the Pagani six killer squad is a hero to some Eastleigh residents even though others accuse him of extra-judicial killings. 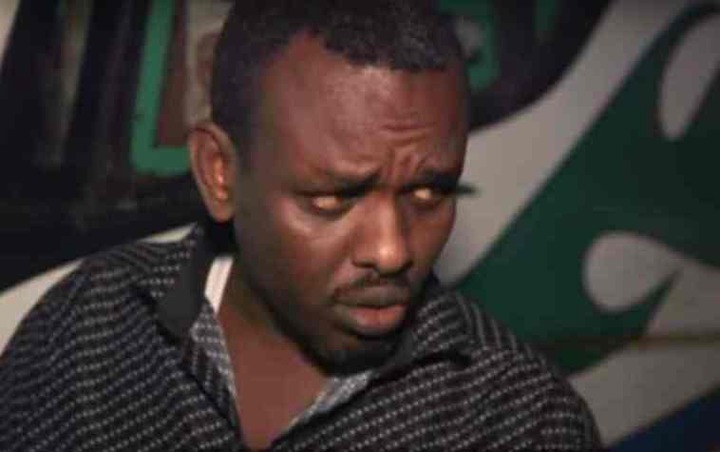 Rashid and his colleagues were deployed to Eastleigh after the traders and locals complained of increase in crime rate and killings by a gang consisting of mostly youths. Rashid was working closely with the Eastleigh business community to ensure that security is restored to the area. 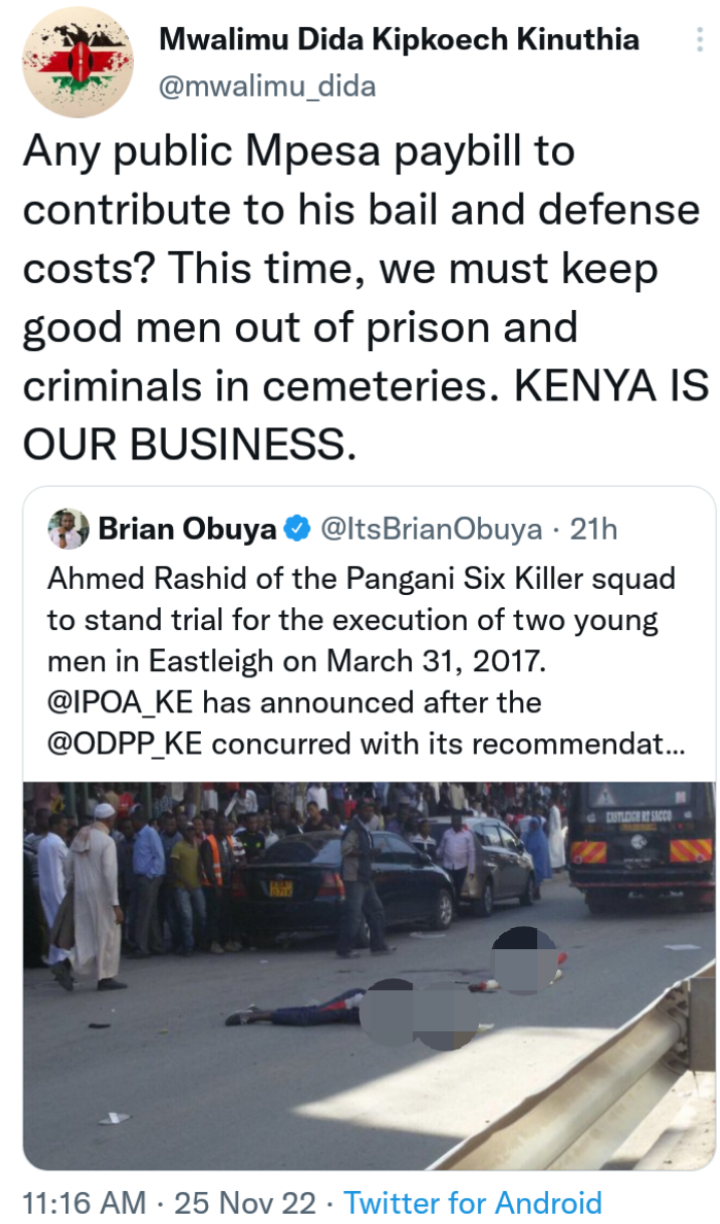 Mr. Mwalimu Dida has offered to help the Eastleigh Police Cop to raise his bail if need arises. He has stated that this time round Kenyans must come together in helping keep good men like Rashid out of prison. Mwalimu Dida has even gone ahead to ask for a Mpesa Paybill so that Kenyans can contribute money which will help towards paying the legal fees of Rashid. 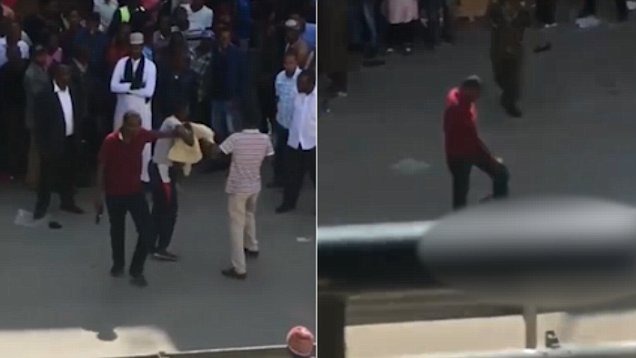 Rashid and his Pangani six killer squad have managed to control crime in Eastleigh even though my accuse the group of applying extra-judicial killings. It is in one of those incidences that IPOA accused Rashid of killing Jamal Mohamed and Mohamed Dahir at Eastleigh in Nairobi County on March 31, 2017.

From videos which have circulated online, the alleged killer cop can be seen firing several bullets into Jamal Mohamed and Mohamed Dahir despite the two surrending to them. Before the death of the two, the locals hd accused them if causing havoc and mayhem in Eastleigh.