Political Analyst Mutahi Ngunyi has in recent years built his reputation in the country for his ability to predict future political happenings in the country and he is famously remembered for his tyranny of numbers theory that is claimed to have been key in winning the Uhuru-Ruto alliance the elections.

In his weekly column, Ngunyi has now explored controversial scenarios that could see the former prime minister Raila Odinga ascend to power without the need for an election which is certainly likely to prompt a reaction from Kenyans.

Mutahi says that the first instance could involve removing all Jubilee members of Parliament and Senators for their role in popularizing the United Democratic Alliance which has been linked to the deputy president William Ruto. 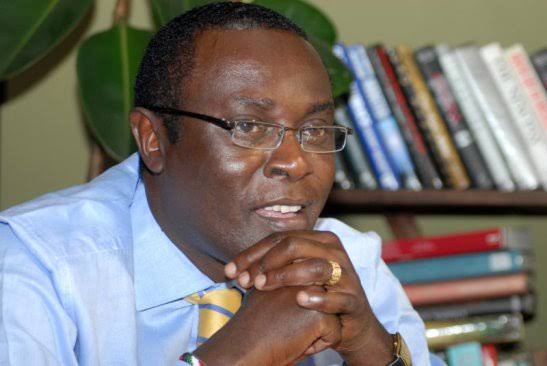 The second situation would be to impeach the Deputy President William Ruto for his unconstitutional conduct and close involvement with the United Democratic Alliance and the numbers used in his impeachment could be the ones used to pass the building bridges initiative.

This could see Raila become the new deputy president as he would be vetted and approved by parliament as per the law.

"The law requires you to impeach Ruto for gross misconduct and unconstitutional behaviour. The law also requires you to throw out all Jubilee MPs supporting UDA. According to the law, these MPs have resigned their seats by popularising a party different from the one that gave them a ticket to parliament," Ngunyi argues.

He further explored the third scenario where he said the president could heed the advice of former Chief Justice David Maraga and dissolve the parliament and then Uhuru himself would down his tools and resign with the seat taken over by Raila who would appoint his deputy from the Mount Kenya region.

True Facts About President Jomo Kenyatta That Will Amaze You

Breaking: Manchester United Seal Deal For Their Third Signing Of The Summer Ahead Of New Season

Tips To Help You Find Your Prince Charming

Opinion: Why Politicians Are Rushing To Campaign In Mt Kenya Region Ahead Of 2022