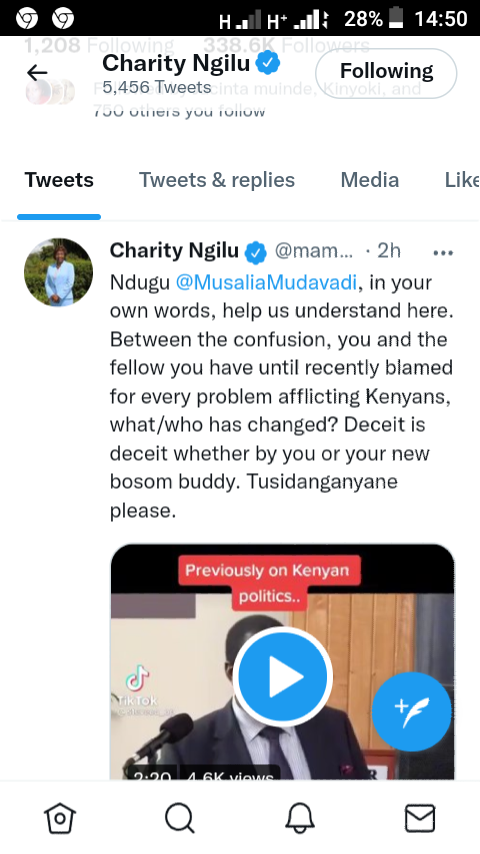 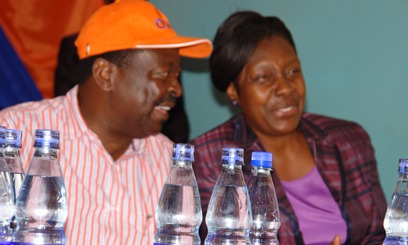 The former Sabatia member of parliament further stated that the deputy president William Ruto does not understand the true meaning of leadership.

Kitui governor Charity Kaluki Ngilu,asked the former finance minister to elaborate the meaning of his words so that the entire nation could understand.

According to Kitui governor Charity Kaluki Ngilu,amani national congress party leader Musalia Mudavadi,was contradicting himself with his past statement in the alleged video and the recent political direction that he took. 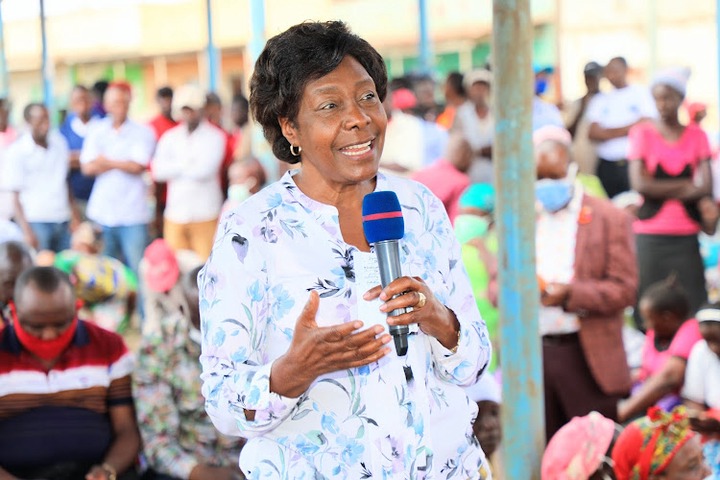