Raila-Kalonzo Political History From 1998 Up to Date 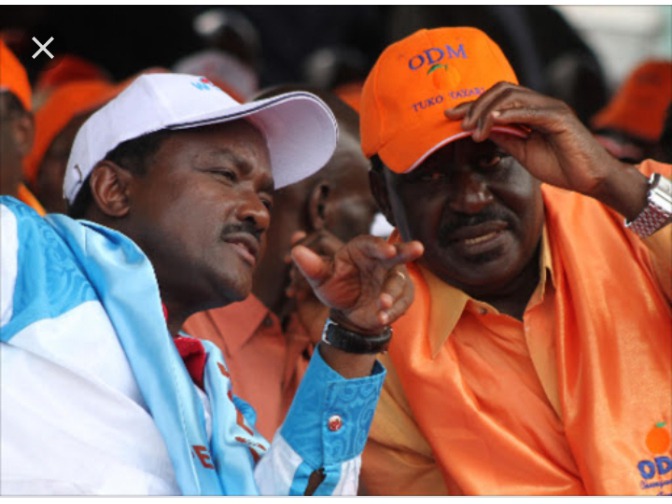 We all know that former Prime Minister Raila Odinga and Wiper Party Leader Kalonzo Musyoka have Been Working together for long.Here is the history from 1998.

2001- in this year, they worked together in Kanu, with Raila as the secretary General and Kalonzo Musyoka as the vice chairman.

2002- they were both the founding members of the liberal Democratic party.In the same year,they worked together in the cabinet Mwai Kibaki in Narc Government.

2005-Both Raila Odinga and Kalonzo Musyoka campaigned against the constitution and birthed the Orange Democratic Movement Party.

2007-The two parted ways as the party splitted into ODM of Raila Odinga and ODM kenya of Kalonzo Musyoka.

﻿2013-in this year, Kalonzo was Raila Odinga's Running mate under the Cord Coalition. 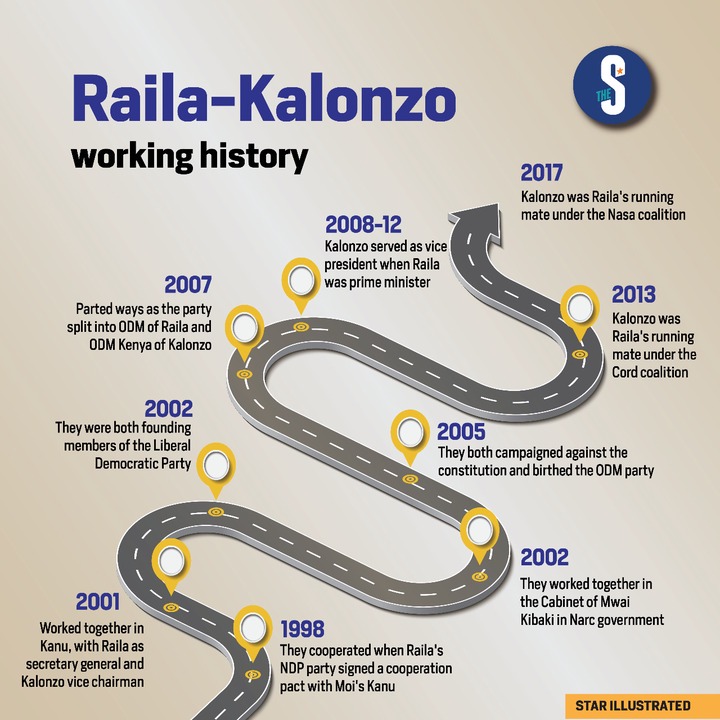 2008-2012- between this period, Kalonzo Musyoka served as vice president When Raila was prime Minister.

2017- Kalonzo was Raila's Running mate under the Nasa Coalition.

We don't know what will happen in 2022 between the two.

Results For Ruto's Possible Running Mates Are Out

After Jalang'o, Another Media Personality Quits Radio Job For Politics

"Am Leaving For UDA" Raila's Chief Campaigner Ditches Him For Ruto