At Times I Feel Azimio Should Have Been One Called One Kenya Alliance Due To Its Outreach; Sifuna 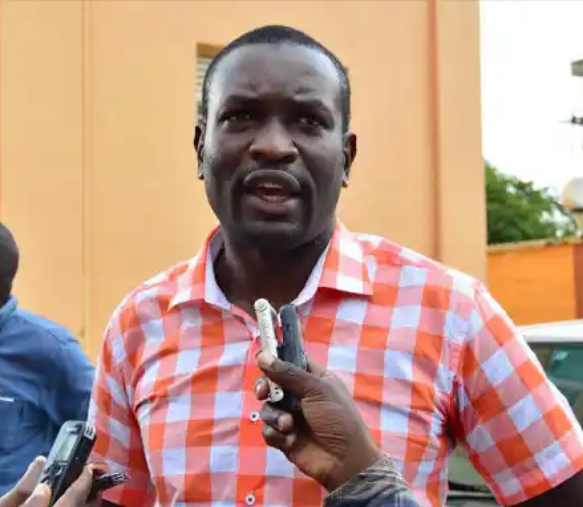 The Orange Democratic Movement party Secretary General Edwin Sifuna, who for the most part, usually has no kind words for the One Kenya Alliance political outfit, acted out of character when he betrayed his admiration for the name “One Kenya Alliance” but then insinuated that it perhaps belongs to the wrong grouping.

Sifuna was speaking while appearing on Citizen TV’s morning show Daybreak which was hosted by Sam Gituku. Alongside the ODM Secretary General was Kakamega senator Cleophas Malala and Beatrice Elachi, Chief Administrative Secretary in the ministry of Public Service and Gender Affairs.

Referring to Monday’s declaration by 30 governors from all the areas of Kenya, Sifuna noted that Azimio La Umoja Movement had garnered support, not just from its traditional strongholds but from the rest of the country, and also areas previously perceived as hostile towards Raila Odinga.

With this, Sifuna said that sometimes he wonders why Azimio shouldn’t be the one calling itself One Kenya Alliance considering it attracts support from all sections of Kenya.

Of all the 22 second-term governors out of the total 47 set to retire at the and of the year, 18 support Raila’s initiative that is driving his August 9 State House contest.

A high-profile source who attended Sunday’s Naivasha meeting during which the decision to support Raila was reached said the first-term governors backing Azimio also hope to benefit from the its campaign machinery.

The source said there is “strong optimism” in the Handshake team that brings together President Uhuru Kenyatta and former Prime Minister’s camp that the Building Bridges Initiative (BBI) which was declared unconstitutional by the courts would be implemented under a Raila presidency.

BBI had proposed constitutional amendments to allow for expansion of the Executive, additional funds to counties and appointment of Cabinet ministers from inside and outside Parliament.

Raila himself, and even President Uhuru, have previously intimated that the BBI wasn’t dead but simply experiencing a temporary setback. While Raila said it is merely on half time, Uhuru, during his Jamhuri Day speech, referred to it as just a dream deferred.

" We Clocked 38 Kilometres, " Nelson Havi Pens A Tweet Notifying Kenyans On The Areas He Visited.