Atwoli Cautioned Ahead of Time, Told What Will Happen to His New 2022 Plan 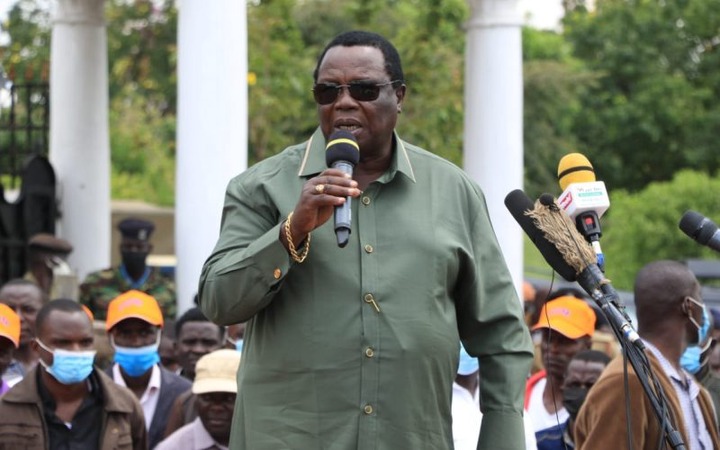 COTU Secretary General Francis Atwoli has been warned against thinking that he can dictate what happens in his Western Kenya backyard during the general elections slated for August next year.

The trade unionist has been very vocal about Western Kenya's political affairs and has announced a plan to pick a kingpin for the region, who will be named in a big event slated for December 31 this year.

He has said that he will use the event to name the people he thinks should be elected to the available elective posts, in an apparent bid to lock out allies of Deputy President William Ruto eyeing the seats.

“On the 31st of December I will hold an event in Bukhungu stadium and direct you people on the political direction to take. I will direct you on who to elect as governor in the respective counties of this region. I will also draw a list of parliamentary aspirants that you should elect,” he said in Bungoma a week ago.

But the plan has been laughed off by former Kakamega Senator Boni Khalwale, one of the Ruto allies who are not only seeking positions in the region but are also the DP's point men in Luhyaland. 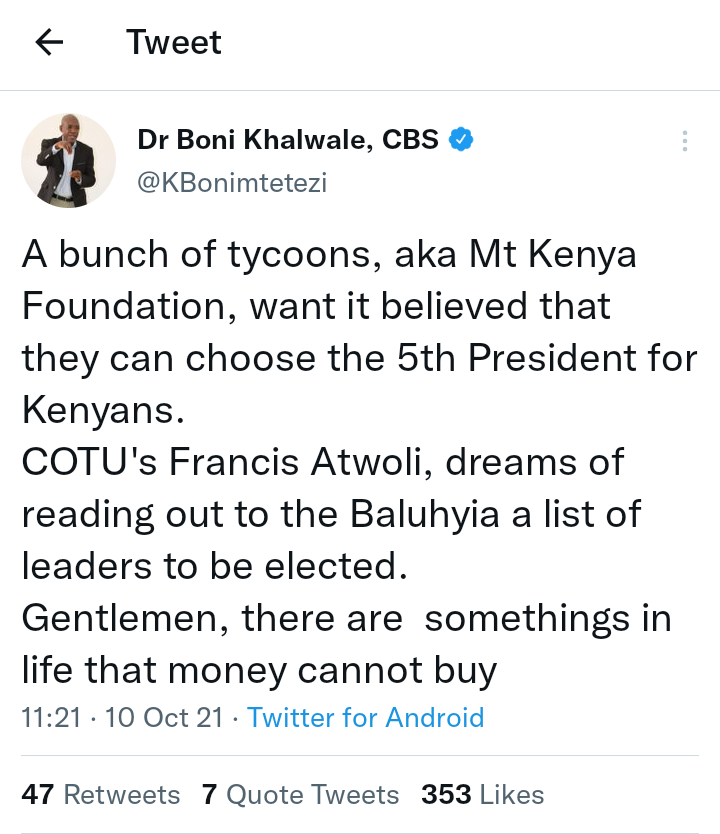 In a tweet, he says that Atwoli is dreaming the same dream Mt Kenya tycoons are dreaming; that they can tell the people who to elect, telling the veteran trade unionist that his plan will seriously fail.

For him, it's likely that the people will go for their own picks and not those dictated to them by the elite.

"A bunch of tycoons, aka Mt Kenya Foundation, want it believed that they can choose the 5th President for Kenyans. COTU's Francis Atwoli, dreams of reading out to the Baluhyia a list of leaders to be elected. Gentlemen, there are somethings in life that money cannot buy," he says in a tweet.

The two, who both hail from Kakamega, are known political enemies, who are also in different camps, with Atwoli sticking to ODM leader Raila Odinga, and holding that Ruto will not be President next year.

They have also been severally involved in verbal exchanges. Atwoli is not new to such declarations and had earlier crowned ANC leader Musalia Mudavadi as the kingpin but says that he has failed.