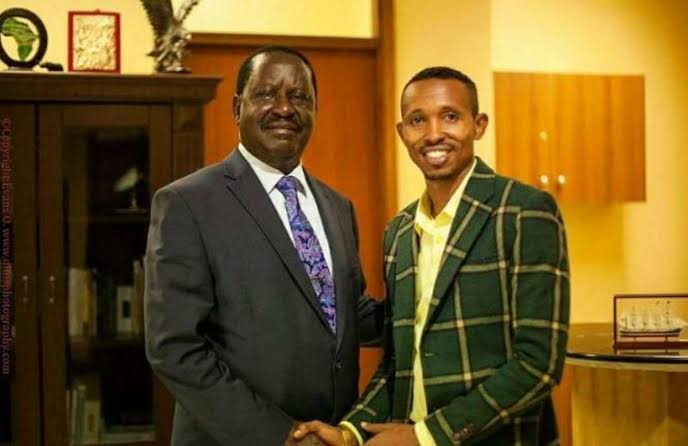 Mohammed Ali, often known as Jicho Pevu, is one of the country's most well-known politicians. He is well-known not just because he is the current Nyali Member of Parliament, but also because he is always vociferous and, on most occasions, quite contentious.

After gaining a parliamentary seat on an independent ticket, Mohammed Ali joined Deputy President William Ruto's team and has been actively promoting Ruto, particularly in the Coast region, for some time. 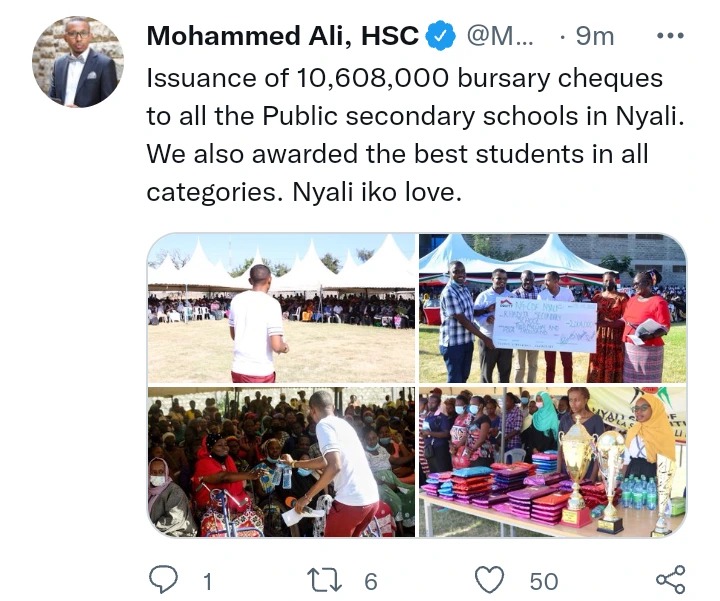 Because the region has been an ODM stronghold for many years, some people have been criticizing Mohammed Ali and threatening to vote him out in the upcoming general election, but the popular lawmaker recently made a major move ahead of the August election that has converted many of his critics into loving him and promising to vote for him.

Mohammed Ali announced on his official Twitter account that he has distributed 10,608,000 bursary payments to all of Nyali's public secondary schools.

We Are Waiting For Them In Parliament, Opiya Wandanyi Warns Ruto Over His Cabinet Nominees

We are Waiting for Them in Parliament, Opiyo Wandayi Issues a Warning About Ruto’s CS Nominees