On Tuesday, the 16th of August 2022, the Four Commissioners of the Independent Electoral And Independent Commission, led by Deputy Commissioner Juliana Cherera released a statement explaining why they distanced themselves from the results announced by Wafula Chebukati.

Through a press briefing, the Commissioners made a controversial statement that ignited a heated debate questioning the basis of their information. They cited that the total percentage of votes exceeded 100% which they objected to. They cited that the difference which is 0.01% was translated to 142,000 which Juliana said was so significant to change the final results.

However, the Third Way was quick to question how they arrived at the figure arguing that 0.01% of 14,200,000 is 1,420. They cited that these commissioners mislead the public and called for the resignation of the four Commissioners for allegedly misleading the public. Through their tweeter handle, The party leader Ekuru Aukot cited that the statement made by the Commissioner is a threat to national security.

"We call for the resignation of the four @IEBCKenya commissioners for misleading the public. Their statement is a threat to national security. How they arrived at 142,000, on multiplying 0.01% x 14.2 million must be the 8th wonder of the ancient world Juliana Cherera @EAukot" Thirdway Alliance Statement read. 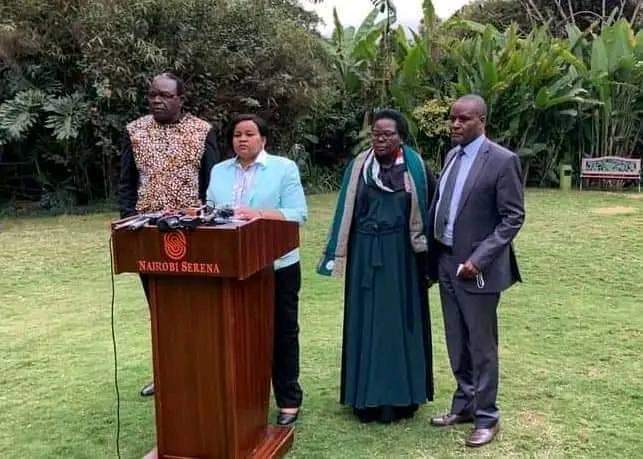