The Independent Electoral and Boundaries Commision has been getting ready for the upcoming General Elections that are slated for August 9th when millions of Kenyans will hit the polls. 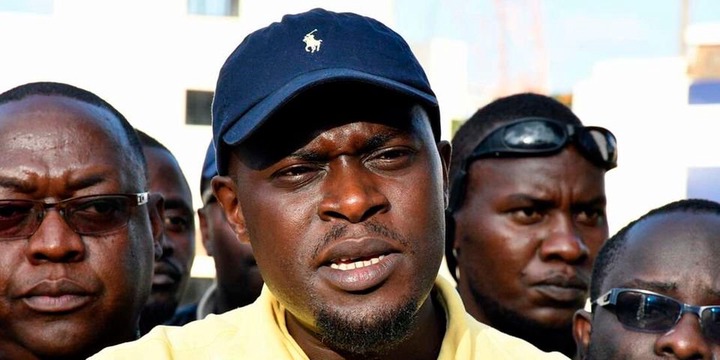 Picture courtesy. Senator of Nairobi, Johnson Sakaja who is running on a UDA ticket for Nairobi Gubernatorial seat.

The ballot papers are about to be printed and IEBC has assured the candidates in the next elections that the papers are being printed with the utmost care and transparency that is need for the elections.

Some candidates, after being rejected by IeBC had gone to court while others sought redress with the Dispute Resolution Panel which gave some clearance while others were denied.

One of the candidates that has been undergoing a lot of pressure is the Senator for Nairobi County, Johnson Sakaja, for his degree certificate from TEAM University in Uganda.

The Commision for University Education in Kenya yesterday, revoked the certificate of Johnson Sakaja from Team University after what it said had been due investigations.

The Commision then forwarded the letter of revocation to the Independent Electoral and Boundaries Commision for them to act on it and possibly disqualify Sakaja from contesting for the Nairobi Gubernatorial Elections.

This night, according to reliable reports from the Daily Nation Newspaper, the Independent Electoral and Boundaries Commision has dismissed the letter sent to it by the Commision of University Education.

The Commision has maintained that it did its due diligence in awarding the Senator of Nairobi the clearance certificate a few days ago and will not be going back to that.

As the reports surface, Sakaja maintains that this is President Uhuru Kenyatta's fault that he is undergoing all this pressure from the Commision of University Education over his degree.

Raila Odinga breaks silence claiming that he will not concede defeat

Cherera Alleges What Chebukati Did When She Demanded To Verify Results