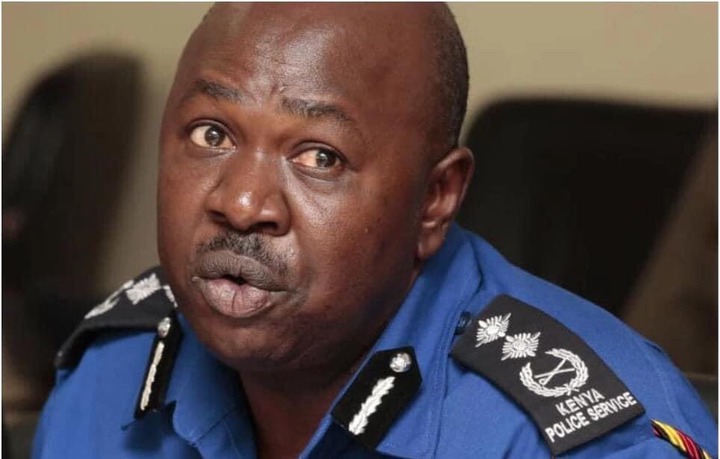 Kenya's fast rising lawyer in the field of law Steve Ogolla has now told Kenyans and more so the supporters of Orengo's top competitor Nicholas Gumbo not to panic.

That after Gumbo who is eyeing for Siaya County gubernatorial seat received a shocker news this evening concerning the unexpected move made by his running mate Charles Owino.

According to reports, Charles Owino who had also declared his interest for that Siaya County gubernatorial seat before dropping his bid and rally his support behind Gumbo, is said to have now gone back to his job if serving as a police spokesperson.

His move came just moments after the deadline for the submission of running mates for those eyeing for gubernatorial seats had ended according to IEBC rules.

However, according lawyer Steve Ogolla, the IEBC is yet to register candidates and that means that the window is still open for Gumbo to go for another running mate.

And since this is the case, the supporters and and even Gumbo himself has no reason to get worried with his partners unexpected move to leave him midway. 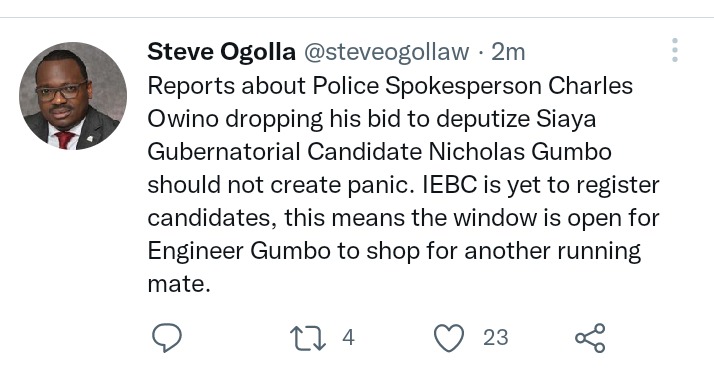 Gumbo is one of the top politicians in Luo Nyanza who are giving Raila's ODM team members rough moments for their bids.

He is currently making things look very tough for Raila's long time right hand man James Orengo as he appears to be enjoying huge support on the ground, something which may make him win that race against Raila's man.

We also have the Migori County Governor Okoth Obado who had already gone ahead to declare his full support for Raila's top rival for DP Ruto.