Uhuru Doesn't Care About Suffering Kenyans, As Long As His Businesses Are Doing Well - Osoro Laments

By NairobiTimesOfficial (self media writer) | 9 months ago 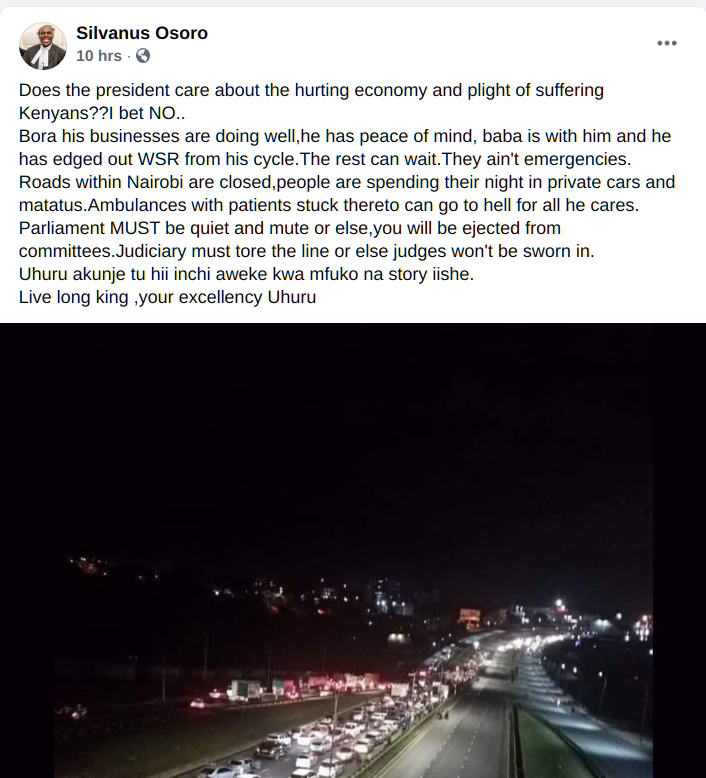 South Mugirango Member of Parliament Silvanus Osoro has allegedly claimed that the President of Kenya Uhuru Kenyatta no longer cares about hurting the economy or the citizens of Kenya. The lawyer's statements have come up as hundreds of motorists have been stranded all over the Nairobi CBD Roads for hours in the evening of Saturday, 17th April. Police placed roadblocks to punish curfew violators. 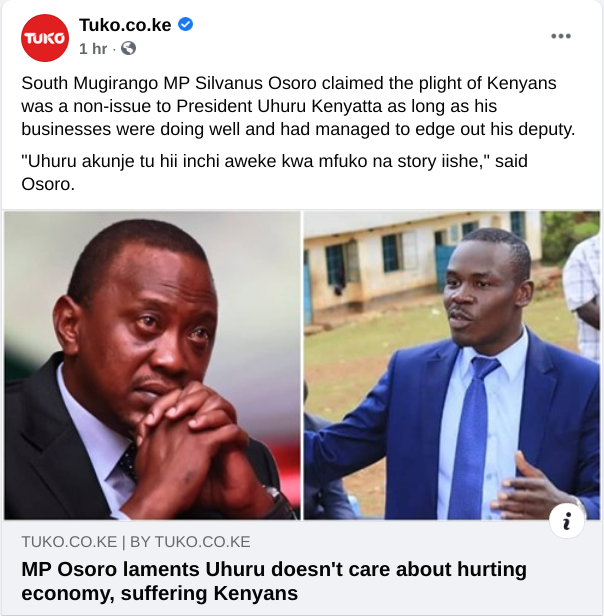 Saying that on Facebook, he claimed that the rights of Kenyans were only secondary as long as his businesses were doing well and the ODM leader Raila Odinga was his close Allie. 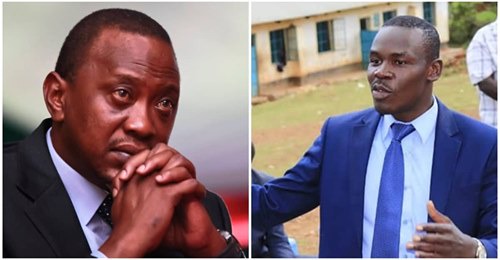 Osoro also claimed that the head of state had succeeded in taking over Parliament as he demoted lawmakers who refused to heed his demands.

Narok senator Ledema Ole Kina, also made similar claims stating that the Jubilee Party leader had taken control of all laws, hence the House could not make decisions independently.

Content created and supplied by: NairobiTimesOfficial (via Opera News )

Hii Ni Mbaya, Police Officer Does The Unexpected In Matatu.

Jimmy Wanjigi Claims Property Worth Ksh.10 M Was Destroyed During His Arrest