Twist In Azimio As Raila Changes Tune On Wednesday Demos, Alleges What He Will Be Doing Instead 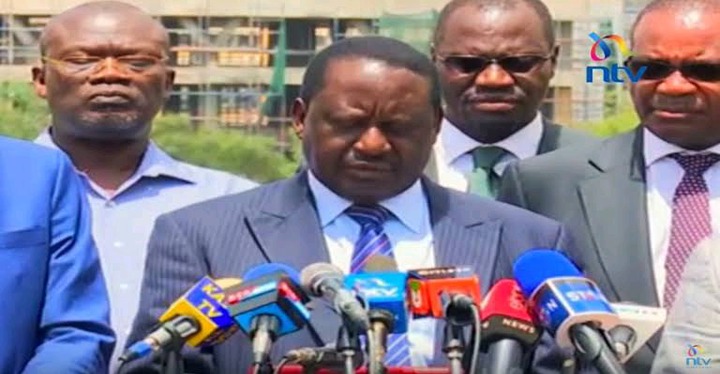 During his remarks at the press briefing held by the Azimio Coalition, Raila confirmed that there will not be a demonstration as was initially planned, but rather there will be a meeting to seek the public opinion from his supporters on the possible path to take in the wake of the decision made by Ruto's administration to remove the four IEBC commissioners from their positions. Raila's comments came after Ruto's administration decided to remove the IEBC commissioners from their positions.

According to Raila Odinga, the gathering that is taking place at Kamukunji is not a demonstration but rather a calm public consultative meeting. 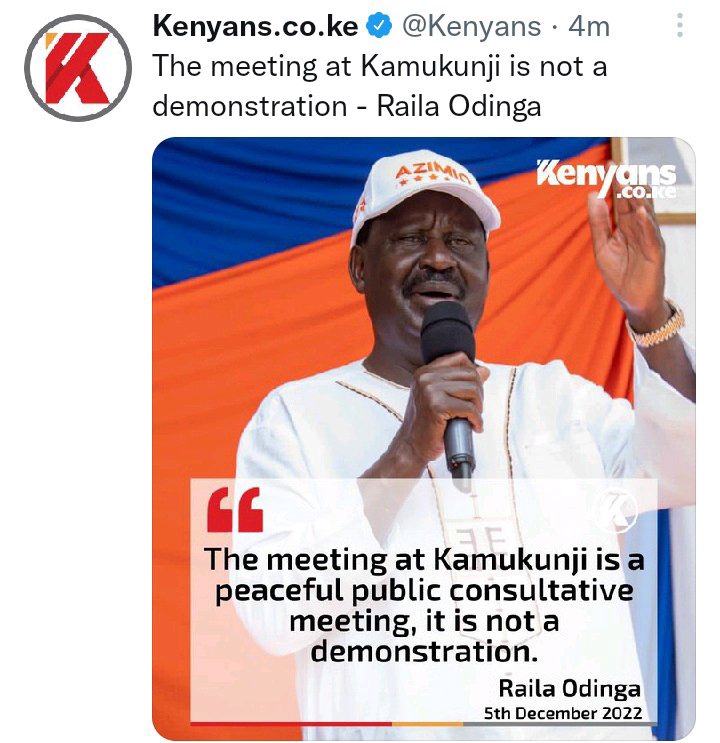 It has been decided that the press briefing that has been attended by David Murathe, Jeremiah Kioni, Martha Karua, and other representatives from other political parties will continue as planned, but supporters will be airing their views to the Azimio bigwigs instead of going out onto the streets for protests. This decision was made after it was attended by representatives from other political parties.

Earlier on today, Ruto had suggested to Raila that they take their dispute to the courts rather than holding demonstrations in the streets.