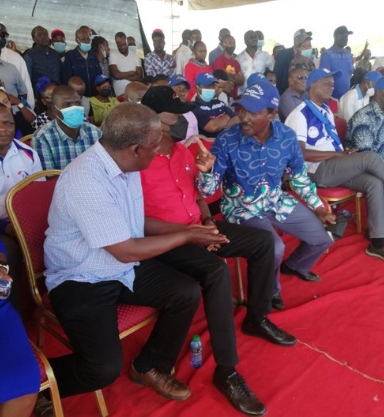 Speaking in Kitui on Thursday during One Kenya Alliance rally, Moi said that Wanjigi took Kalonzo to Raila Odinga's team in 2013 and 2017, and it was time the Wiper Party leader makes it on his own.

Moi's sentiments comes few days after him alongside Kalonzo and Wanjigi stormed out of ANC's NDC meeting that took place at the Bomas of Kenya on Sunday, after learning that Ruto and his allies were attending.

For a while Kalonzo has dismissed allegations that he was joining Raila under Azimio La Umoja, with speculations that he might be following Musalia Mudavadi and Moses Wetangula and work with Ruto.

Mr. Ruto and his team have been urging Kalonzo to join the hustler nation.

The Baringo Senator assured Kalonzo that as Kanu party, they will walk with him ahead of the August elections, and will work with Cyrus Jirongo among other like minded political leaders.

It has been rumored that Martha Karua and the speaker of the National Assembly Justin Muturi might be working with Kalonzo and Wanjigi as OKA. 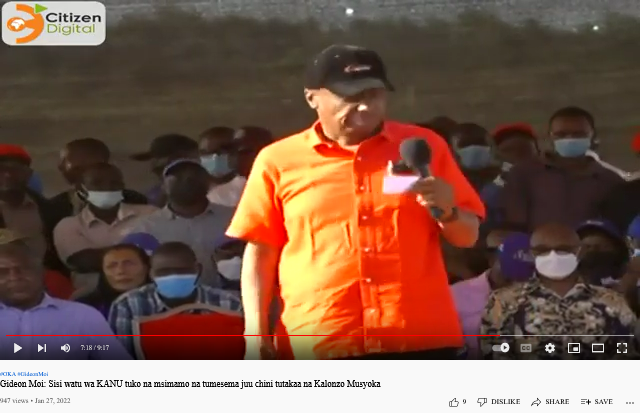