Mt Kenya spokesman: The 2022 succession politics are rapidly coming, and politicians appear to be focused on playing a key part in determining who would succeed President Uhuru Kenyatta, who will be stepping down after spending two terms in office as stipulated by the 2010 Constitution. 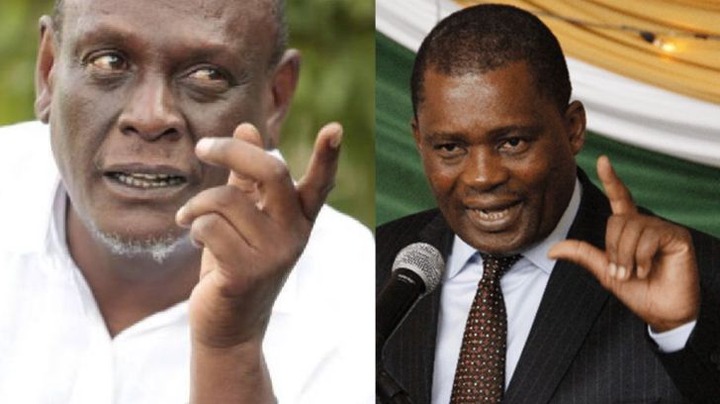 And one of the issues that has arisen is the President's succession in Mt Kenya, with several politicians stepping forward.

One of them is national parliament speaker Justin Muturi, who was crowned today as Mt Kenya's spokesman.

Now, Jubilee Party vice chairperson David Murathe has come out to criticize Justin Muturi's actions, revealing that in 2022, the national parliament speaker will not be the Mt Kenya community leader.

According to Murathe, during President Uhuru Kenyatta's meeting with Mount Kenya leaders at Sagana state lodge in Nyeri county a few months ago, the community had already decided on the official Mt Kenya spokesperson.

Simultaneously, a prominent Jubilee Party politician has come out to reveal Justin Muturi's secret plan, claiming that the speaker's moves are calculated with a secret goal in mind: he wants to be vice president because the Mt Kenya region would go for the position for whichever presidential candidate it supports. 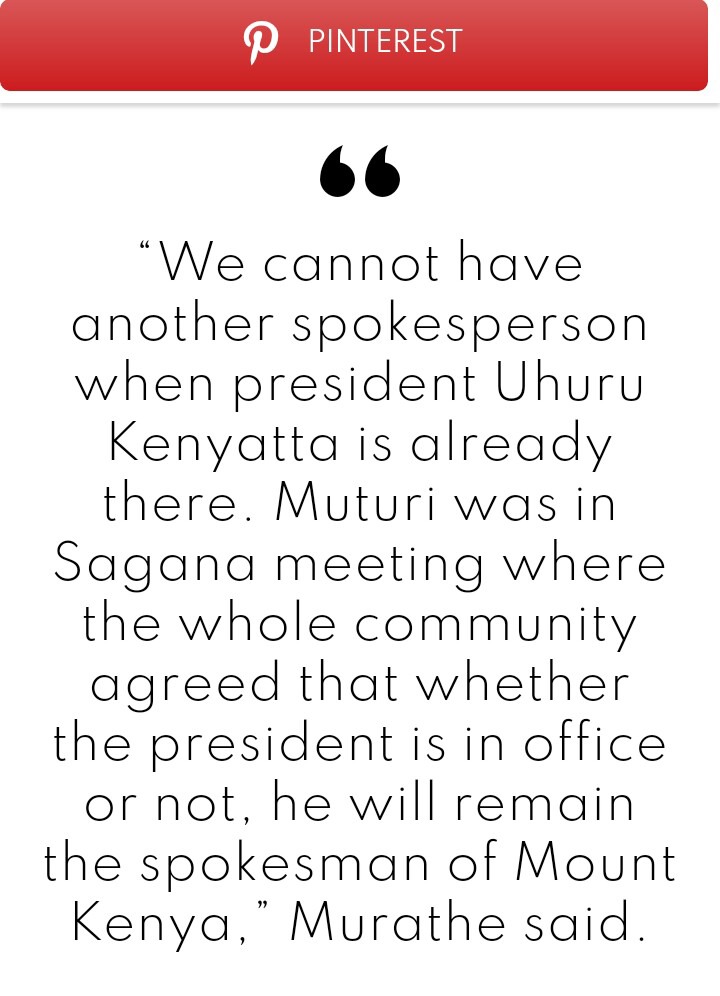 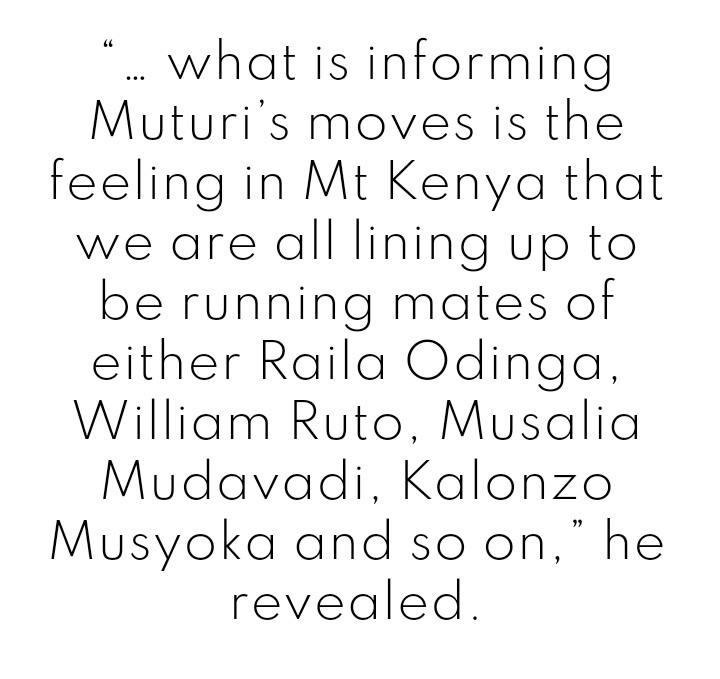