Revealed; Sonko has Allegedly Claimed These About UDA Party In Today's Elections In Kiambaa

By Hot_StudioNews (self meida writer) | 13 days

Politics has been going on in Kiambaa to replace Paul Koinange, who died in March. Aspirants in Kiambaa for Mp have been vying for the seat with the UDA and Jubilee parties. 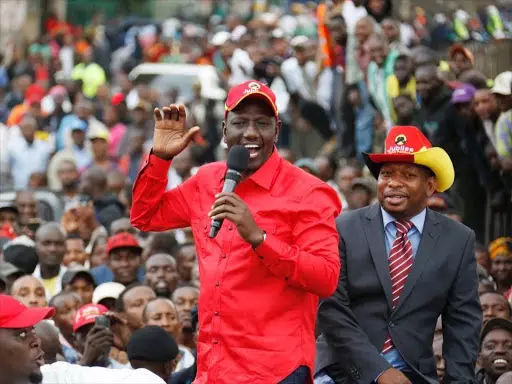 Residents of Kiambaa will vote today to elect a new MP for their constituency.

There are eight candidates on the ballot, but the race has been narrowed down to a Jubilee and UDA CONTEST.

Why is this seat so important to these two political parties?

Both Uhuru and William Ruto are counting on the Kiambaa by-election. In the 2022 elections, whoever loses will have little influence.

Former Nairobi Governor Mike Sonko has confirmed that he will run in today's Kiambaa by-elections as a UDA Super Agent. Following his impeachment, which President Uhuru Kenyatta admitted to initiating and sponsoring, Sonko fell out with the Jubilee government. If Sonko joins the UDA party, which is the hustler nation movement, more votes will go to the UDA party aspirant.

Both Uhuru and William Ruto are counting on the Kiambaa by-election today. Because the kiambaa election is now between two parties, UDA and Jubilee, and these are the two big parties in Kenya now, led by Ruto and Uhuru respectively, whoever loses will have little influence in the 2022 elections.

Both Uhuru and William Ruto are counting on the Kiambaa by-election today. Whoever loses in the kiambaa election will have little influence in the 2022 elections, because the kiambaa election is now between two parties, UDA and Jubilee, which are Kenya's two major parties, led by Ruto and Uhuru respectively, and the same people are campaigning for the presidency seat in 2022.

At the end of the day, neither the IEBC nor the security apparatus should make any excuses. Without fear or favor, the law should be upheld quickly and firmly. Allow the people of Kiambaa to make their own decisions without fear of coercion or intimidation. May the most qualified candidate win!

Opinion: Manchester United Youngster Who Has Outplayed Greenwood in All Pre-season Matches

Opinion: Checkout The Biblical Proofs That Shows That Sunday Is The Sabbath Day But Not Saturday