Kitui County Governor Charity Ngilu has left Kenyans speculating that she might have been promised a top seat by Azimio - One Kenya Alliance after hinting on quitting Kitui County gubernatorial race. 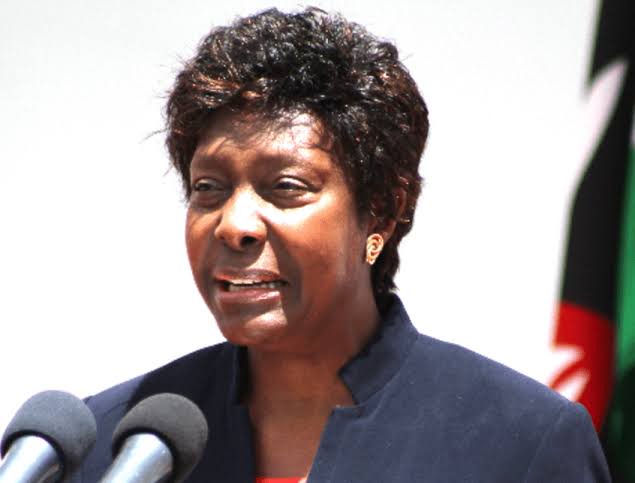 Kitui County gubernatorial race may take a new twist after incumbent Governor Ngilu met one of her main competitors, David Musila, who is vying for the position on Jubilee Party ticket.

While addressing the members of the press, the duo agreed to work together to ensure Raila Odinga wins majority votes from the region in the forthcoming General Elections.

Musila promised a friendly competition between her and Ngilu as they both hail from the same coalition, Azimio - One Kenya Alliance. 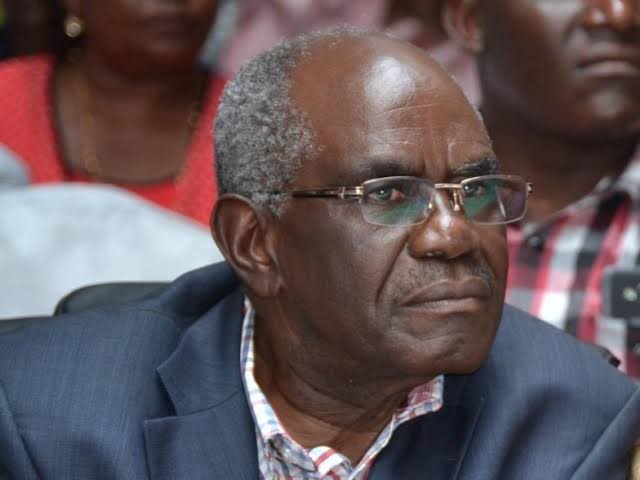 On her side, Ngilu hinted on supporting him for the position citing common enemies. According to her, even if Musila caries the day on 9th August, she will still be part of the government as he is also championing for Azimio.

The governor cited other parties; Wiper and UDA as their common enemies who can only be defeated through their unity. She claimed that Azimio is the only coalition with two candidates vying for the same position in the region thus calling for unity. 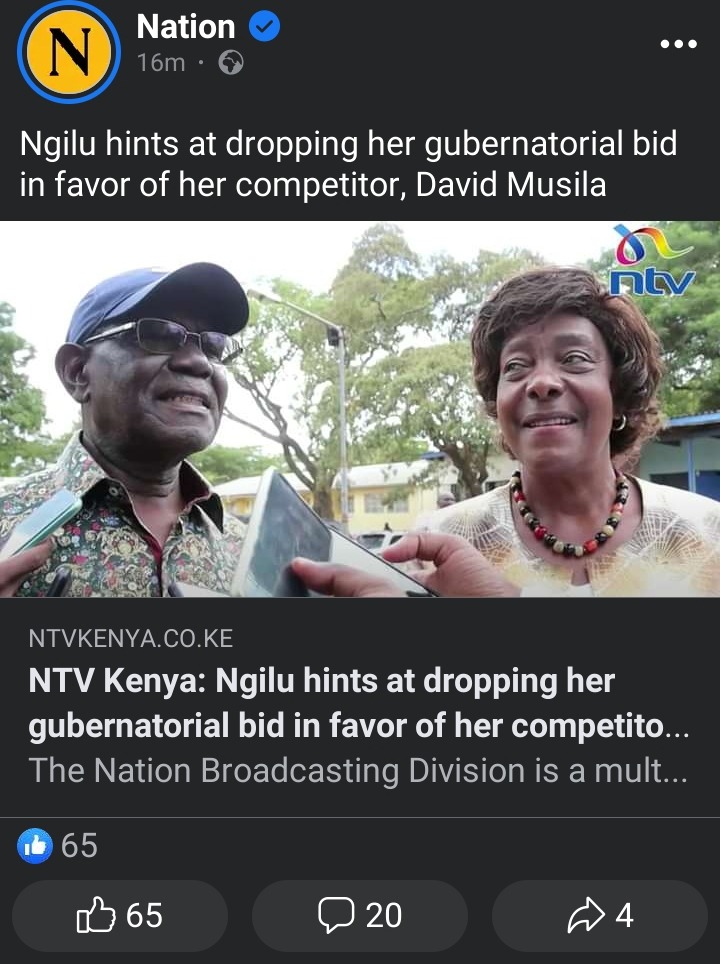 Ngilu's statement left majority of Kenyans online speculating that she might have been offered a top position by Azimio explaining why she is comfortable supporting Musila for the position.

"Because she has been promised a seat in Azimio government... Otherwise she could have not dropped her gubernatorial ambitions to someone else," noted one of the users.

Another section however argued that the governor is aware that she will lose in August and thus finding an excuse to step aside before getting embarrassed.

"You already know you will not win. Stop side shows," wrote another user.

Below are some of the sampled reactions (screenshots): 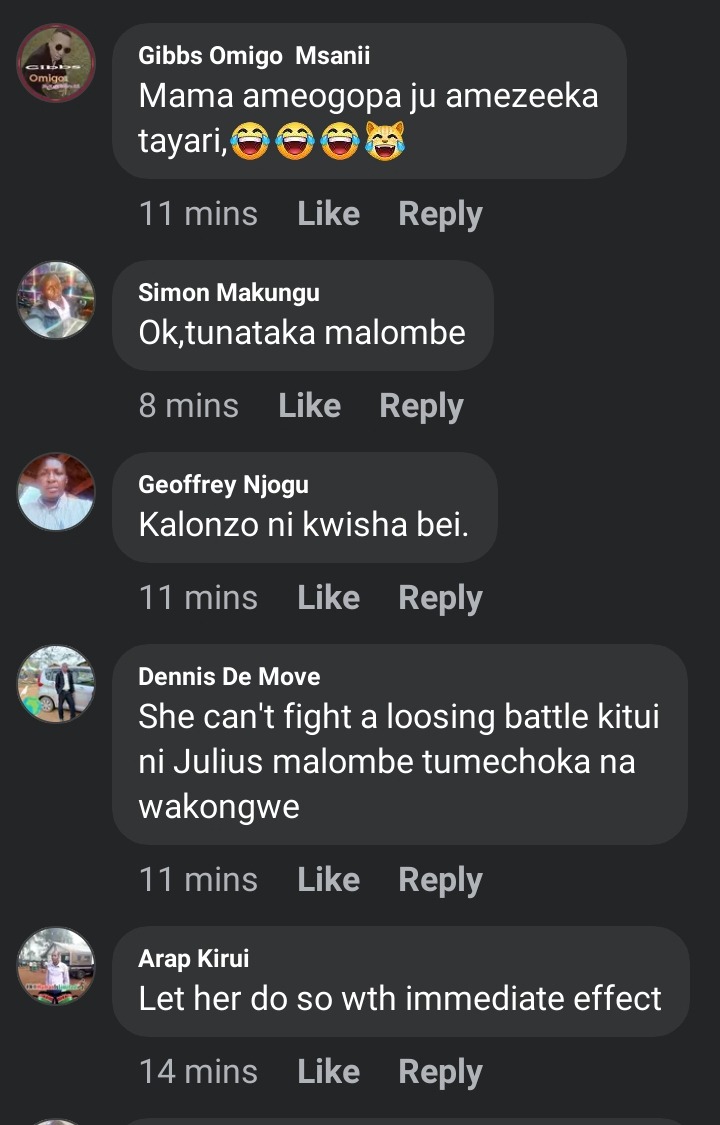 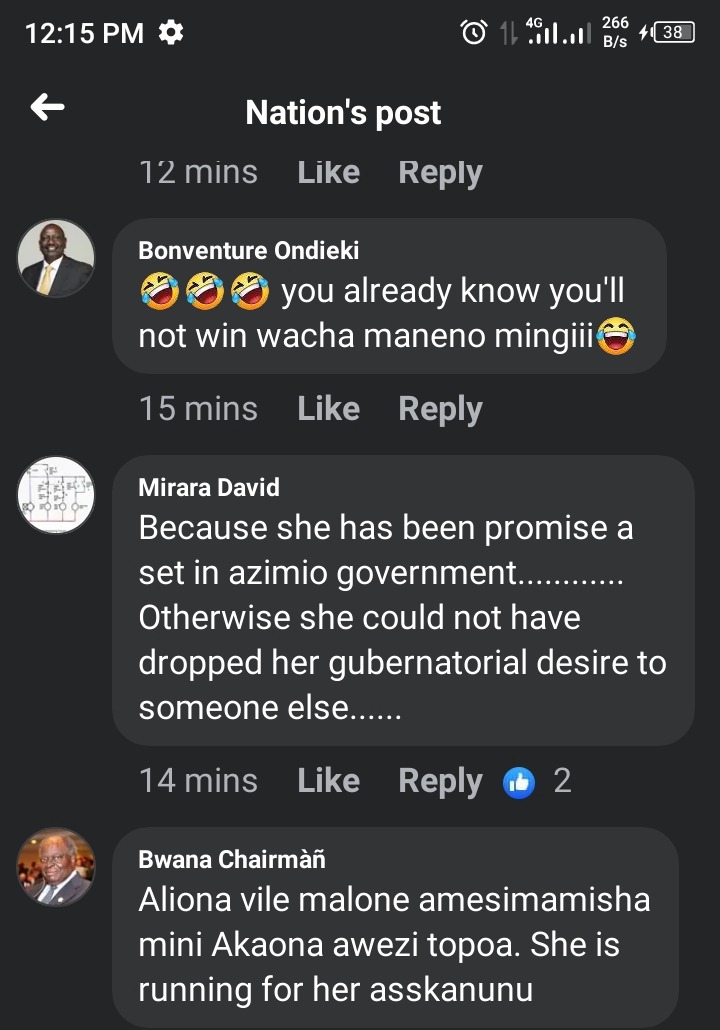 Some People Still Confuse Me For Shebesh, Millie Odhiambo Says on Looking Alike

"DCI Will Do Nothing To Me, Shenzi Nyinyi" Things Get Ugly As This Is Said By Raila's Supporter

'' Stop Your Threats, You Will Be Taken to Greece to Witness Ballot Printing'' Chebukati Warns Raila

"It Is Not Mandatory That Raila Odinga Is On The Ballot," Dennis Nthumbi Says