According to the source, Raila Odinga's convey started from Nairobi CBD and moved slowly to Kamukunji grounds where he is expected to address thousands of city residents.

Raila who has been on the run to ensure that he maintains his popularity and leadership integrity is believed to be eyeing a presidential seat in the coming general elections.

Though he has not declared whether he will be on the ballot but political analysts have it that he won't miss the race since he has already begun his campaigns and several leaders including President Uhuru Kenyatta has already endorsed him. 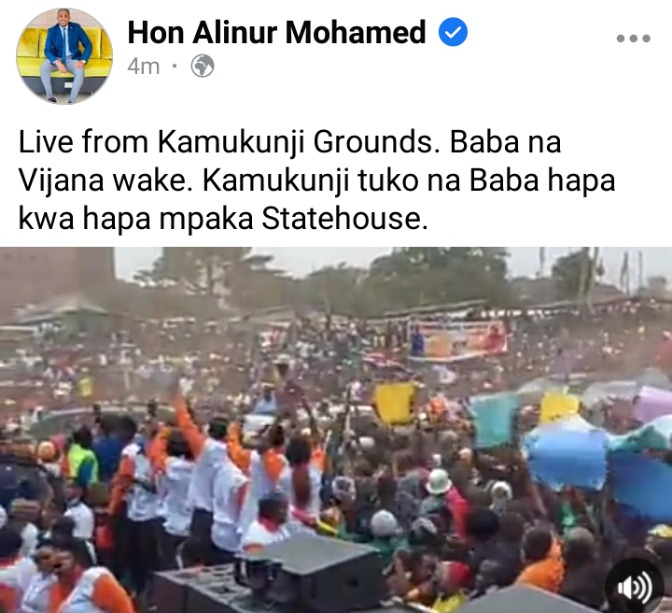 Odinga is expected today to sell his manifestos to the residents of Kamukunji and Kenya at large. On the other hand Hon. William Ruto is also on campaign moods to popularise his UDA party before the year elapses.