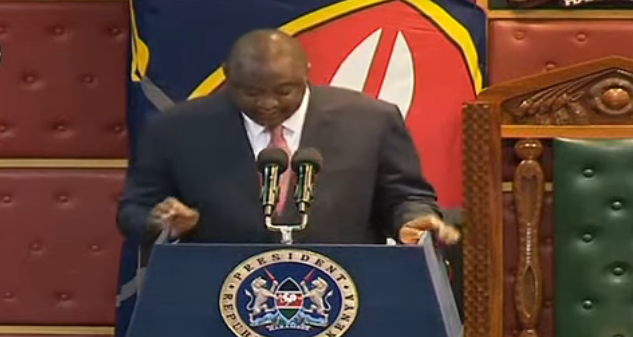 Garissa Township Member of Parliament has criticized President Uhuru Kenyatta for failing to keep time during his 8th State of the Nation Address that took place on Tuesday November 30.

According to Duale who was speaking with NTV, the president failed to honour the official time of parliamentary meetings which is 2:30pm.

"For the first time the president came at 3:45pm, contrary to the 2:30pm time set by the Legislature, he thus abused the Parliament," posed Duale.

The former Majority Leader of the National Assembly told off the composers of the president's speech that has been reported to be 248 paged and took more than 3 hours, stating that they could have given him a summary.

"They should have a summary of that speech. How can they give the president a speech that could fill a whole box. When I was the Majority leader, the president used to leave the chambers by 4:30pm. It has never happened like today that the president came at 3:45pm and left at 6:00pm," said Duale.

At that time the president made his way past Duale amid the criticism.

Basic Things You Should Know About Hybrid Cars

The Price Of a Brand New Toyota Probox in 2022

The Secret To Finding True Love