By Blessedhands (self media writer) | 8 months ago

Speaking during an interview at a local television station,Rosa Buyu stated that the Building Bridges Initiative was not proposed so as to extend the presidential term as stated by UDA.Rosa accused UDA members of not engaging in public participation on the BBI in their localities.According to Buyu,UDA members only want to complain about the document instead of taking advantage to discuss it when opportunities arise.

Rosa went on to praise the BBI stating that it will promote peace and stability.While referring to Kisumu as a county had hit by political violence,she affirmed that the document would bring a solution to the people.The BBI Ammendment is a constitutional change that should involve all Kenyans therefore nobody should alienate themselves from it. 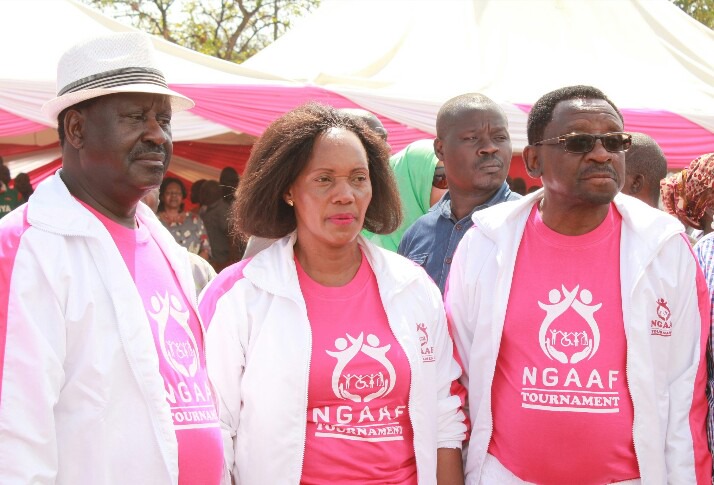 Ann Nderitu,the Registrar of Political Parties stated that the change of name had been successful. UDA was formerly known as Party of Development and Reform (PDR)and is affiliated with the Deputy President William Ruto.

The strategic move now allows Ruto's allies to associate with UDA without being legally incorrect.

“The registrar of political parties takes note of the decision taken by your party and the changes effected on January 7, 2021 upon the expiry of the statutory period in line with Section 20(3A) of the PPA,” said Nderitu.

The PDR party has earlier issued a public notice concerning its intention to change the symbol and name of the party.The party symbol would now be a wheelbarrow which has lately been associated with Ruto's hustler nation slogan.

The renaming saw the party kick off their rebranding campaign and acquire a larger office on Makindu Road called the Hustler's Centre.

Content created and supplied by: Blessedhands (via Opera News )