Malema Alleges What Raila Odinga Should Do After Losing to Ruto The Azimio La Umoja Presidential candidate Raila Odinga has been an internet sensation after the announcement by IEBC that William Ruto is the President elect following August 9th elections.

Raila Odinga rejected poll results by IEBC and declared the results as null and void hence the figures should be quashed by a court of law. Raila maintains that there is neither a legally and validly declared winner nor a President.

According to Raila Odinga, is not happy with IEBC Boss Wafula Chebukati in the manner in which he handled the election. 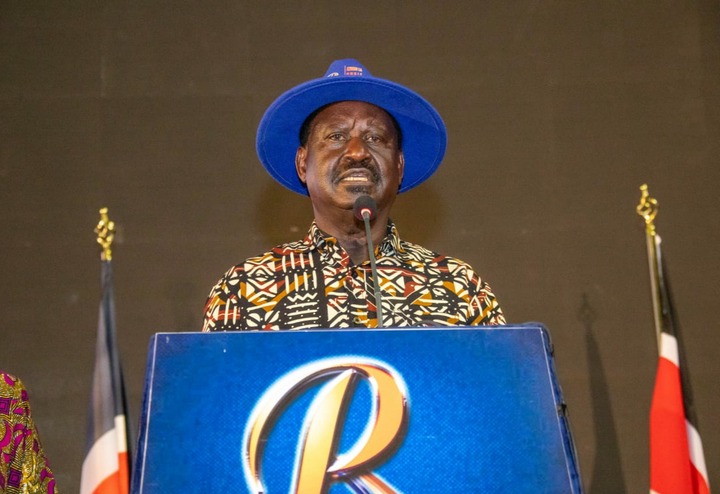 Raila Odinga still insists that the Azimio team is ready to seek all constitutional and legal options available to them.

Details have emerged as African opposition leader has hinted that Raila Odinga should just stop his journey at the Supreme Court and just forget about the election.

According to South Africa's chief and the Economic Freedom Fighters Party Leader Julius Malema he has urged Raila Odinga to accept the outcome of the just concluded Presidential election. 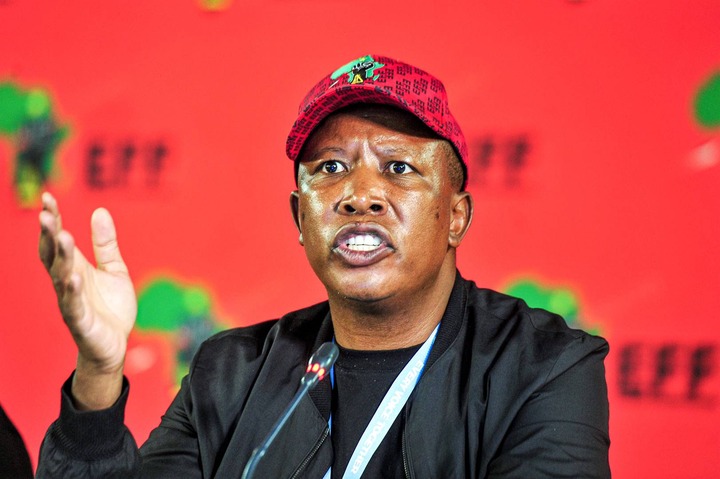 "EFF calls on the rival contestant and in particular Raila Odinga to accept results of the elections and act with restrain with their supporters," Malema is quoted.

Malema has urged Raila Odinga to maintain peace with his supporters for the betterment of the people of Kenya.

"The EFF calls on the President elect and his supporters to be magnanimous in victory and Honourable Raila Odinga to be gracious in defeat for the good of peace and order in the nation of Kenya," Malema added. 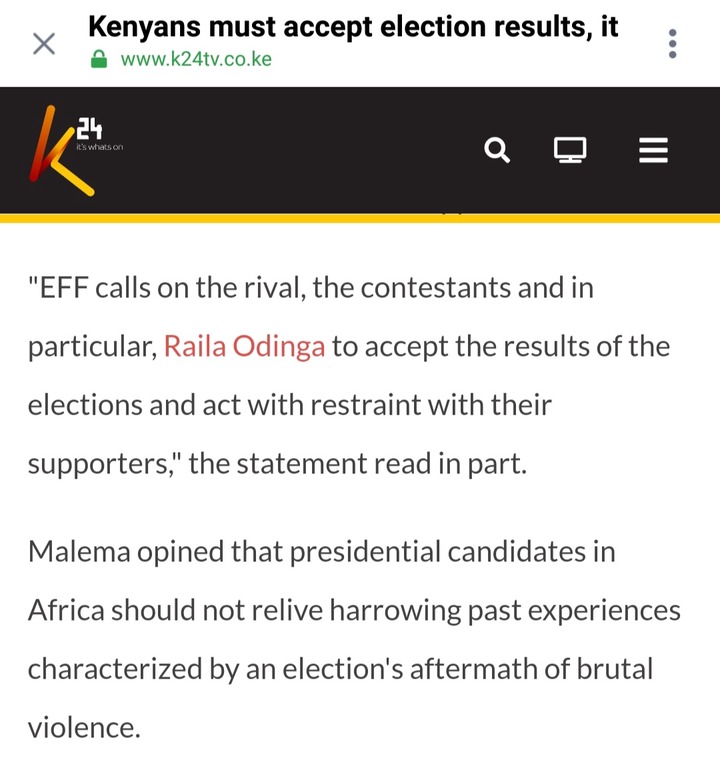 Azimio MPs Teargassed After They Arrived at IEBC Offices