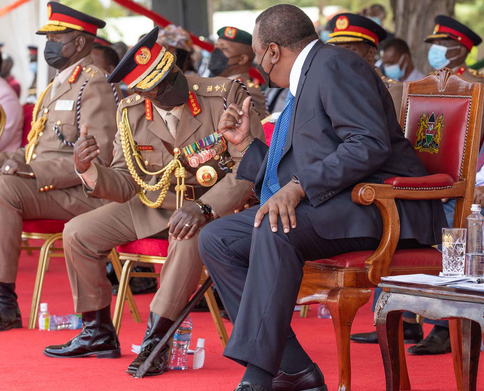 As reported by the Star, after the passing parade, Uhuru is expected to inspect different national government projects which were started during his tenure in different counties of the region.

The President who is reported to have not been in the region for years after his fall out with Ruto, has not been attending other functions in the region except the passing out parade.

The alleged schedule indicates that the president will commission an hospital set up by the KDF in Soy just near the Moi Barracks, after which he will commission Eldoret Southern By-pass that was built at Sh3.5 billion.

He is also expected to visit Nandi County and in particular the home of Kenyan icon and champion athlete Eliud Kipchoge where he will open a library in the honour of the runner.

It is still not clear whether the DP or his allies would be present during the visit, as the visit comes at the peak of political activities ahead of the August polls.

Different sources have however claimed that the president might preside the passing out parade and leave to Nairobi without any other additional engagement. 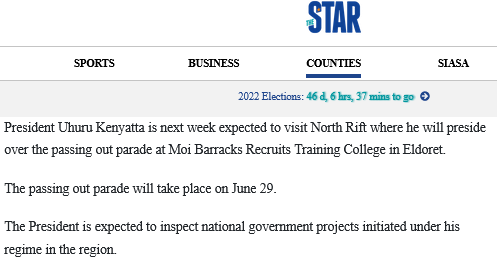