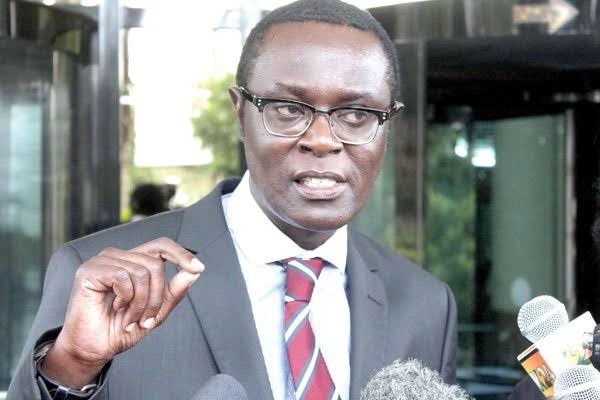 President William Ruto's administration is unstable, and former presidential candidate Raila Amollo Odinga will not stop until he achieves that goal, according to Mutahi Ngunyi of the Azimio la Umoja One Kenya Alliance.

Through a tweet, he predicted that Raila Odinga would defeat Ruto in the same way that the present president had destabilized previous Head of State president Uhuru Kenyatta's Jubilee administration.

"The PROBLEM with Kamukunji Rebellions is that they start in little INSTALMENTS," he says, referring to the size of the protests at the Kamukunji grounds. He predicts that Raila Odinga will soon acquire momentum, and that the government would experience the repercussions after the demonstrations conclude. Gradually, if at all. After then, they start living on their own. This was the first step in what became known as the Arab Spring. The goal of Raila's strategy is to destabilize RUTO in the same way that RUTO disorganized Uhuru. This is a situation in which Raila has absolutely nothing to lose. Known by his given name, Mutahi Ngunyi.

In a consultative meeting held at Nairobi's Kamukunji Grounds, the Azimio la Umoja One Kenya Coalition voted on 12 major proposals that they hope President William Ruto's government would implement.

The conference, led by Raila Odinga, Martha Karua, and Kalonzo Musyoka of Azimio, decided that "Kenyans would be free to take such actions as they may think proper to lighten the weight on their shoulders" if the government does not lower the prices of essential goods by January 2023.