By Hara (self media writer) | 4 months ago 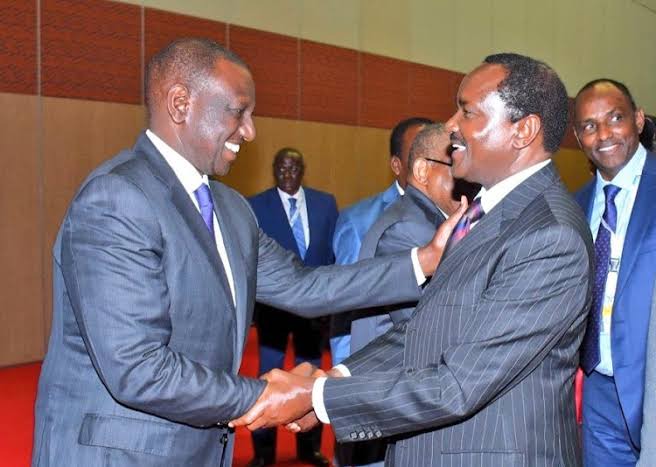 Wiper leader Kalonzo Musyoka was reportedly paid sh10 billion to back Raila, according to supporters of William Samoe Ruto. Musyoka was speaking to Machakos County voters at the time.

Having failed the region, former vice president Kikambani was described as a coward by former senator Johnston Muthama.

According to him, Kibaki selected Kalonzo to serve as vice president during his presidency so that he could convey a political statement for the Ukambani region. Nevertheless, the claim against Kalonzo has been refuted by his supporters, led by Makueni senator Mutual junior Kilonzo.

Musalia Mudavadi, leader of the Amani National Congress party, said Kenyatta's comments that those challenging him are "marathon runners" have worried him. 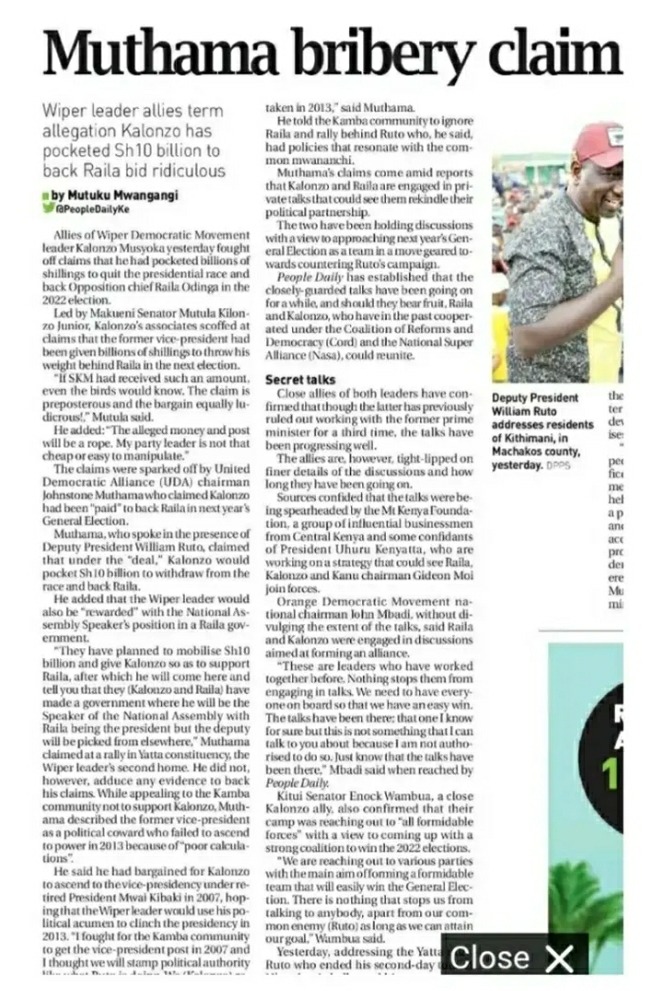 "If people are concerned that youth are running so fast, they must remember that youth are tired of us going too slowly. They want results and jobs," Mudavadi said.

Content created and supplied by: Hara (via Opera News )

VIDEO: Ruto Embarrassed in Narok Rally as Hundreds Walked Out as Soon as he Started to Speak